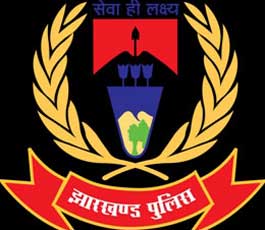 Jamshedpur Senior Superintendent of Police Akhilesh Jha and his family are facing threat from the Congress MLA Banna Gupta.

In a letter dated February 13 to Additional DG(Special Branch) Jha has expressed apprehension that the MLA Gupta can damage him and his family.”He(Gupta)is doing politics of pressure.It is possible that to put pressure, he can do any thing.”

In the same letter which was forwarded to DGP for necessary action,Jha informs that Gupta had come to the SSP’s office in February.He demanded that the police file its final report on the FIR filed against him and his wife.

”He had alleged that I was not submitting report deliberately despite making submissions in this regard by him for the past one year.The MLA tried to influence me and threatened that if I don’t listen to him,he will write to PM and the President of India,but not spare the SSP”,states Jha’s letter.

In view of the dispute between the MLA and the SSP,Governor Syed Ahmad has ordered an inquiry.The inquiry was being conducted by IG Anurag Gupta.The police team reached Jamshedpur and sought to meet Gupta on March 26,but in vain.