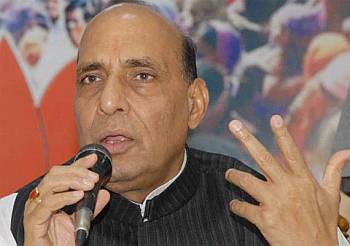 This was for two reasons.One,Munda’s rival within the party –Yashwant Sinha –did not find any place in the PB.Two,Marandi,who is a close pal of Munda,hails from Dumka in Santhal Pargana where she is considered as a face of Munda.

Apart from being a charming tribal woman,she is an academician.She teaches in a college in Dumka.In 2009,she was given the BJP’s ticket,but lost the Assembly polls to JMM’s Hemant Soren by a slender margin.

Her induction in the BJP’s PB comes at a time when the party lacks tribal leaders.Since Munda was left with the job to steer the party in Jharkhand,Marandi was expected to lead the BJP at the state and the national level.

Says Marandi:”Whatever role is assigned to me by the party ,I will perform it with utmost zeal.”