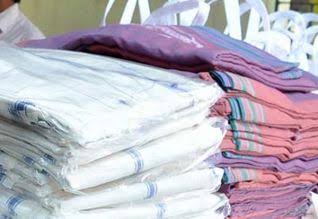 In fact,what the BJP government could not do in Jharkhand during its five year tenure(2014-19) is being done by JMM government led by its acting president and Chief Minister Hemant Soren now.

Records show that the BJP government had provided food and homes to the poorest of the poor families.The Soren government has announced to provide kapda(clothes)-Dhoti-Saree to them.

As per the announcement made by the CM Soren on Friday,his government will give  dhotis or lungis, and sarees to all families in the state living below the poverty line twice a year at a subsidised rate of ₹ 10.

All eligible householders of the state covered by the National Food Security Act and those families eligble under the Antyodaya Anna Yojana will be provided  the clothes at an interval of six months, according to the Chief Minister's Office.

In fact,this scheme was promised by the JMM in its manifesto before the elections.