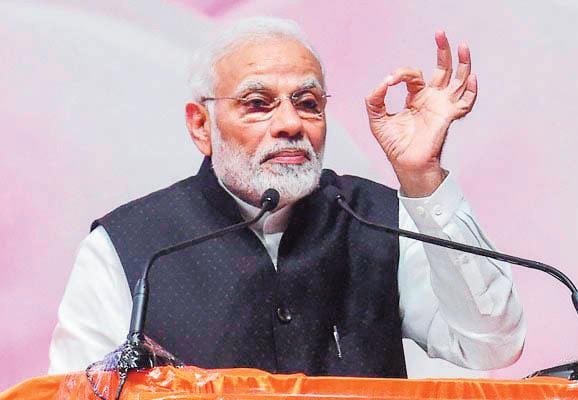 An interesting article by a retd army officer

In India, it's never about ideology. It is only about civilisation.

And to put it on record this is why PM Modi faces a massive smear campaign from a powerful lobby.

But this did not start in 2014. It started long ago, we have to go back by centuries to understand this.

India wasn't born in 1947, because unlike many other countries we got independent and were not created afresh. Therefore, what happened before 1947 is as important as what happened after 1947.

The most underrated event in our history being the Kalinga war of 265 BC.

The war changed Ashoka, the famous Mauryan ruler but it would also change India for centuries to come.

The emperor became pacifist. Whatever be his own ideology, it is very easy to confuse reluctance to wage war with a senselessly defensive mindset.

For years to come, the Indian civilisation became utterly defensive.

But their ability to perceive and pre-empt threats also went down.

Compromise and forgiveness became the keywords of our civilisation.

The Ashoka syndrome would soon become the Prithviraj syndrome.

Indians have been valiant warriors, but the issue is that of excessive magnanimity. Prithviraj Chauhan defeated Muhammad Ghori in the 11th century, but let him go. Later, Ghori defeated Prithviraj and blinded him.

In the course of this thread, you will realise how we would keep getting betrayed just like Prithviraj Chauhan another 10 centuries later.

This, of course, led to centuries of plunder.

After the Kalinga war, we never achieved a system that would match up to the aggression against Indian civilisation.

Needless to mention, the social thinkers and commoners also became timid about their own civilisation.

Britishers made us believe that we were misogynist and archaic.

Some of our most celebrated social thinkers relentlessly promoted British education as a panacea.

As I told you, everything is about civilisation. Every successive regime shamed anyone who tried to stand up for civilisational pride.

China entered our territory. So, India's first Prime Minister said, "not a blade of grass grows" in those barren mountains.

Of course, no one in the intellectual lobby protested. Nehru was doing what they wanted him to do. Be magnanimous to the extent of being self- harming.

Nehru was only continuing what started with the Kalinga war. Then came Indira. She suffered the Prithviraj syndrome. Won the 1971 war, but gave away the exploits in Shimla Agreement.

Pak turned another Ghori. ISI came up with a doctrine - bleed India through a thousand cuts.

This doesn't end here. Vajpayee faced the wrath of the ecosystem for many reasons. The only thing they don't criticise him for is not crossing the LoC during the 1999 Kargil war. This is again a manifestation of extreme generosity. Pak could cross the LoC but India would not.

The Parliament attack happened, we didn't retaliate. Operation Prakram never materialised into anything.

No one in a powerful lobby criticised him.

As long as you don't go beyond the Lakshman Rekha that has been drawn by centuries of timidity, no one will rebuke you.

But PM Modi went a step further. Pakistan attacked in Uri, so the Para SF caused damage to terror launchpads across the LoC.

With the Balakot airstrikes, he still went several steps further.

Of course, he is hated.

We had stopped pre-empting in 265 BC, how come we could pre-empt now.

Modi-hate is not about ideology, it’s about civilisation !!!

I wish and I hope that this Modi succeeds in transforming our mindset for the other Modis to follow the suit, because one Modi will not be sufficient enough to clear the rot accumulated through centuries.

(This view is articulated by Siddharth Gautam, a retd army officer ).