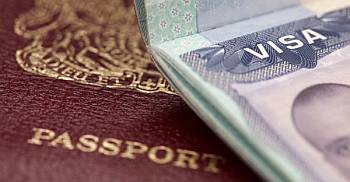 Lottery may be used to provide the much sought after item from the US- H-1B work visas.

The US today started accepting applications.The industry officials and experts hope that the US may opt for lottery to prive H-1B work visas to rightful applicants.

In case US prefers to opt for lottery,it would be for the first time since 2008 that the fate of thousands of applications for H-1B visas would be decided by a computerised draw of lots.

In addition, the USCIS can also reward 20,000 H-1B visas for those having masters or higher degree from US academic institutions. This limit on H-1B visas has been in place for more than two decades now.

“Based on feedback from a number of stakeholders, USCIS anticipates that it may receive more petitions than the H-1B cap between April 1, 2013 and April 5, 2013,” USCIS said in a statement early this month.