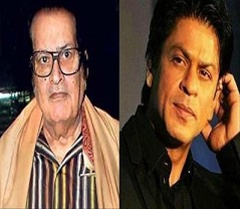 Kumar has alleged that by releasing the film in Japan without removing certain scenes apparently lampooning him,Khan had damaged his image in public.

The case was filed at an Andheri court by Kumar’s lawyer who is on record saying as follows:Kumar’s statement was recorded by the court and an order was expected on April 6;Khan’s e-mail tendering apology for a scene mocking Kumar in the film was produced as evidence.

The lawyer also said that Kumar was highly upset because a clipping carried a mockery played at Japan to mark the release of Om Shanti Om.