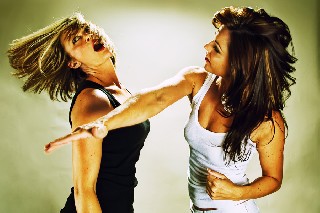 Congress president Sonia Gandhi may not know,but the women’s wing of her party is exposed to the charge that its members were Ladakoos(fighters).

This became evident in Jamshedpur today when the office of the Congress party got reduced to a battle ground with members belonging to two factions,each led by the state woman’s vice president Reena Singh and its president Shikha Choudhary,hurled abuses and exchanged blows there.

The office located at Bishtupur was the venue of the meeting of the Jharkhand Pradesh women wing.Instead of holding the meeting and discussing issues of publice interest,they exchanged blows.

The fight ended only after the police arrived.