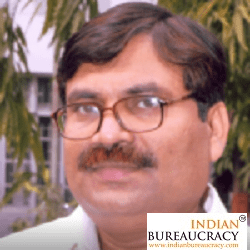 A decision toward this end was taken by the selection committee of Srilal Shukla IFFCO Sahitya Samman in New Delhi.

"I had never imagined that I would get this honour",says Kumar.

Kumar,an IAS(promoted) of 2006 batch,was considered as a reputed writer in Hindi.He was given an additional-charge as Secretary of the Jharkhand Public Service Commission by the Hemant Soren government.

As per the schedule,Kumar will be felicitated in New Delhi on January 1,2021.In the form of felicitation,he will get Rs 11 lakh with a momento.In Hindi literary sector,it is rated as the highest award.