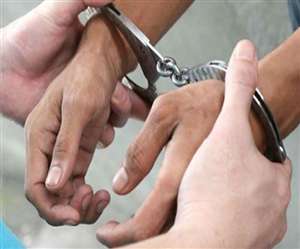 Mr X rang up a bank customer introducing himself as Branch Manager. Soon he took his/her account number, PIN number, Aadhaar number and then OTP number saying he has to update the account holder's Know Your Customer(KYC).

Mr X was not alone. In group these cybercriminals in Deoghar district of Jharkhand defrauded and looted their deposit from their bank accounts. However,on the complaint of a couple of customers, police enquired into the case and arrested 13 people for their alleged involvement in cybercrime.

Deoghar SP Ashwini Kumar Sinha informed that based on a 'tip-off' police teams raided several villages on Monday night and arrested the 13 people and seized a large number of mobile phones and SIM cards from their possession on Tuesday.

The SP said the arrested persons used to cheat people by making phone calls pretending to be bank officers and ask them to give their account number, debit card number, PIN number, Aadhaar number and also OTP number to update the Know Your Customer (KYC).