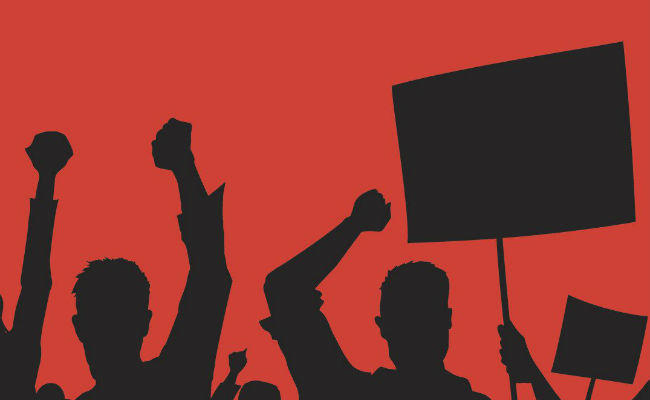 The UPA government, Sharad Pawar as the Agriculture Minister, had set up three High-Level Committees to make recommendations on reforms in the agriculture sector.

I was Secretary, Agriculture at that time as also the Member Secretary of one of the Committees. In my group, Prakash Singh Badal, CM Punjab, was the Chairman. CMs of Haryana and other northern states were Members.

Our group had several meetings and finalised the report. Narendra Modi, the then CM, Gujarat was Chairman of one of the other groups with CMs of other western states.

All three committees submitted their reports to the Congress leader and PM Man Mohan Singh. The government then started monitoring the action taken on these reports.

I present below the relevant recommendations of my committee comprising Punjab, Haryana and other northern states

These regulated mandis virtually act as monopoly institutions for the sale of farm produce. In the absence of credit and storage facilities, farmers were forced to go for distress sale of their produce. Thus, a suitable change in this system was required.

On account of the system of regulated mandis being in the hands of the Government, private investment is not forthcoming for handling, storing, and transporting crops.

In order to give choices to farmers and for developing a more efficient supply chain, it is necessary to bring in private sector investments for developing marketing infrastructure including better handling of agricultural produce.

The Ministry of Agriculture had circulated a Model Agricultural Marketing Law in 2003 for adoption by the States. The Model Act provides for alternative marketing channels to the farmers.

States need to adopt these reforms, operationalise them and in fact go beyond the measures proposed in the Model Law to provide a free and competitive market to farmers.

A Committee of State Ministers for Agri-Marketing has been constituted to promote market reforms and to recommend the development of a barrier-free National Market. Uttar Pradesh, Uttarakhand, J&K, West Bengal, Meghalaya, Mizoram and Puducherry are still to amend their State APMC Act as per the Model Act, 2003.

States of Punjab and Haryana, UT of Chandigarh and NCT of Delhi have done only partial amendments to their APMC Acts as per Model Act. Maharashtra, Andhra Pradesh, Rajasthan, Tamil Nadu, Odisha, Himachal Pradesh and Karnataka have framed APMC Rules as per model APMC Rules, 2007. Others are still to notify their Rules, which must be expedited.

The system of spot electronic markets is one of the biggest institutional reforms which are necessary to be carried out in the agriculture marketing system. This system, when institutionalised, will facilitate the development of national price and trading monitoring and information system. This reform should be pushed by the states very aggressively.

Automation of operations in agriculture markets is essential in view of the fact that agriculture commodities are bulk commodities, requiring primary processing for processing and grading and need to be handled efficiently for movement, storage and transport.

It is, therefore, necessary that a system of automated mandis be institutionalised in the country, connected with major consumption markets and also with ports in case of exportable commodities.

The market for agricultural produce must be immediately freed of all sorts of restrictions on movement, trading, stocking, finance, exports etc. No monopoly, including that of APMCs or corporate licensees, should be allowed to restrict the market.

The concept of farmers’ markets, where farmers can freely sell to the consumers directly, must be promoted. The use of the Essential Commodities (EC) Act should be made only in times of emergency and it must be decided in consultation with State governments.

Rice crop residues and standing wheat stubbles burning is common in Punjab, Haryana and Western U.P. Recycling of these residues using new multi-crop planters (Turbo seeders), which can seed in combine harvested fields, will not only reduce the environmental pollution but also reduce the greenhouse gas (GHG) emission.

Additionally, these residues, if properly baled, and fortified, can meet the much-needed requirement of dry fodder for our livestock during the drought period. Low water requiring trees, shrubs and bushes having food and forage value provide much needed alternate livelihood security during drought.

Khejri, a tree of genus Prosopis, natural to Rajasthan, provides livelihood security to both human beings and animals during severe droughts. These trees continue to grow green leaves during drought. There is a number of other species like edible cactus (Opuntia ficus Indica) which serve as alternate food and fodder source during low rainfall years/situations. Such perennial trees, shrubs and bushes need to be promoted in all drought-prone areas as a strategy for drought-proofing.

Very similar recommendations were made by the other two committees.

Needless to say bulk of the states at that time was with UPA.

Now when NDA government led by Prime Minister Narendra Modi has successfully turned these into Act, these Opposition parties, especially Left and ultra Left, have suddenly take a 180° turn by that same very political parties is indeed distressing.