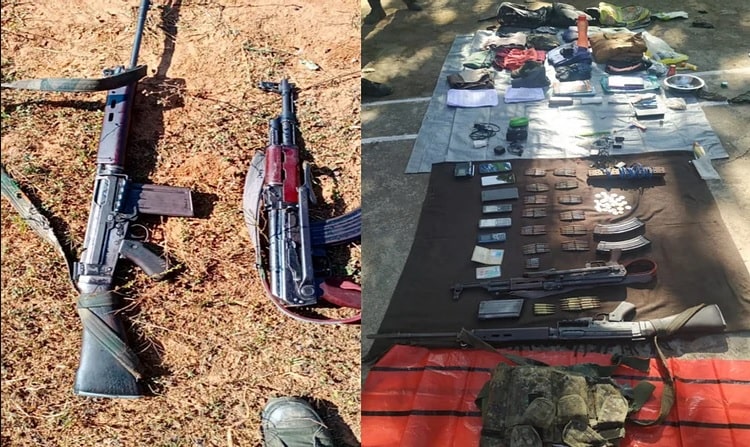 *A huge cache of arms and ammunition including Ak-56,SLR and cartridges were recovered by the police in forest areas of Latehar, Jharkhand. Image credit Prabhat Khabar

In yet another incident-Police and Naxals exchanged fire last night at Latdag forest under Chandwa police station of Latehar district. Though the Naxals escaped, police claimed they were divided into two groups, each belonging to the rival outfit.

They were identified as TPC and JUMP. The police claimed to have seized a huge cache of arms and ammunition including AK-56, SLR and live cartridges.

In view of the growing groups of Naxals, the police had activated themselves and launched operations against them across Naxal infested areas in Jharkhand.