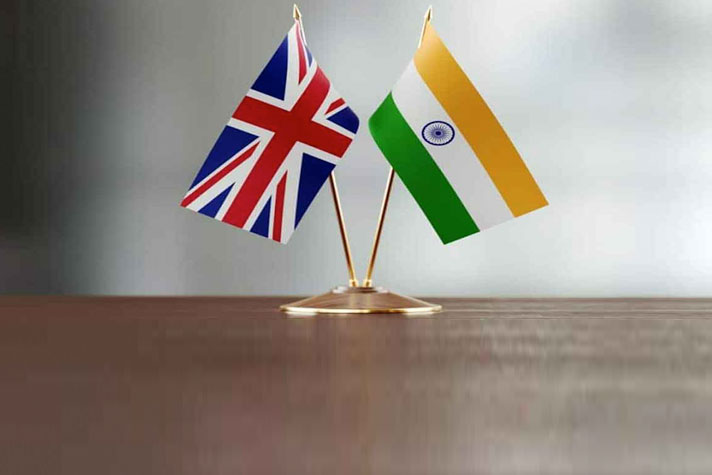 Come the first day of the new year 2021,India will take a seat at the powerful UN Security Council as an elected non-permanent member for a two-year term.

Ahead of it,India and the UK have held discussions on issues that are on the world body's agenda.Already,the Indian officials have briefed their British counterparts about the country's priorities including reformed multilateralism and counterterrorism.

The  bilateral consultations on UNSC issues was held on Friday through  the video tele-conferencing mode.The UK delegation was led by James Kariuki, the Director of the Multilateral Policy Department of UK Commonwealth and Foreign Office, and included other UK Foreign Ministry officials and representatives from their Missions in New York and New Delhi.

The Indian side was led by Prakash Gupta, Joint Secretary (UNP & Summits), Ministry of External Affairs, and included other officials from MEA, Permanent Mission of India in New York and Indian High Commission in London.

The UK side congratulated India on its election to the UNSC.More,both sides discussed in detail a wide range of issues on the UN Security Council agenda, the MEA said in a statement.

The Indian delegation briefed their UK counterparts on its priorities during its upcoming UNSC tenure, including reformed multilateralism and counterterrorism.

Alongside,the UK side also informed of its priorities during its upcoming Presidency of UNSC, including Climate and Security and famine and hunger in conflict situations.

Both sides are learnt to have agreed to work 'closely' and continue their engagement on all issues under UNSC agenda over the next two years, the MEA statement adds.

India takes a seat at the powerful UN Security Council as an elected non-permanent member for a two-year term beginning January 1, 2021.Prior to this the UK Prime Minister Boris Jhonson is slated to be chief guest on the Republic Day of India on January 26,2021.