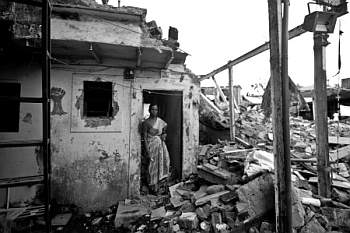 “The police in league with the Tritya Prastuti Committee(TPC) had led to the gunning down of ten of our cadres.To protest against it,the CPI(Maoist) is observing protest week.”

A leaflet recovered from the site of the Tuesday night violence in Jobang village under Siram panchayat in Lohardaga district states this.Till the other day,a building –Panchayat Bhawan-existed at this site.

Security officials reached the spot to recover a leaflet from the site.The leaflet claimed that it was a revenge attack following the killing of ten Maoists in Chatra last week.