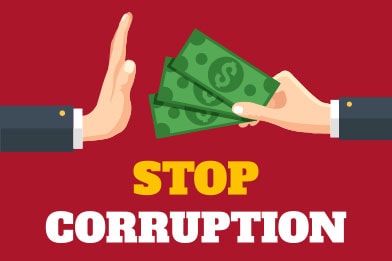 A PIL seeking to establish special anti-corruption courts in every district  was filed in the Supreme Court.

Though the apex court has not responded so far,the PIL filed by Ashwini Kumar Upadhaya has urged the court to cover and dispose off various economic offences like money laundering and tax evasion within one year.

The PIL has also sought directions to high courts to take appropriate steps to decide cases related to economic offences.The petition has made the Ministry of Home Affairs, the Ministry of Law and Justice, and various states and Union territories parties as respondents in the case.

None of the welfare schemes and government departments are corruption-free, the PIL said."Due to long pendency and ineffective anti-corruption laws, even after 73 years of independence and 70 years after becoming a socialist secular democratic republic, none of our districts are free from cases related to black money, benami property, disproportionate assets, bribery, money laundering, tax evasion and similar other economic offences," the petition said.

Incidentally,India's anti-corruption laws are "very weak and ineffective and fail to control corruption, and even the Benami Transactions Act, passed in 1988, is gathering dust without action", it said.