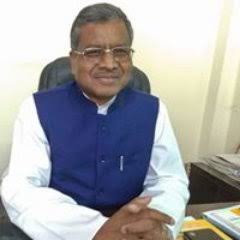 Jharkhand Chief Minister Hemant Soren is in the eye of a storm.The cause is an alleged rape case filed by a Mumbai -based model in Mumbai.After National Commission for Women took up the case,Bharatiya Janata Paty (BJP) leader Babulal Marandi has raised this case in Jharkhand.

The case of rape filed by a Mumbai-based model against Hemant Soren, is old.But NCW took it up after the victim lodged complant afresh in Mumbai.This provided an opportunity for the opposition BJP leader Marandi to  demand his resignation as well as a CBI probe into the caser.

In a press conference on Saturday,Marandi said that a complaint was filed by the woman against Soren on October 21, 2013 in Mumbai and on October 30,2020, she appeared before the metropolitan magistrate and filed a plea seeking closure of the case stating she was not in a position to fight as she was getting married.

"A new twist in the case came when on August 8, 2020, the model's car met with an accident while she was going to Gujarat. After that, she started feeling that four people were always following her. On December 8, this year, the victim filed an application in Mumbai's Bandra police station seeking re-opening of the case and also sought protection," he said.

"The CM must resign. Allegations against him remain even today. The entire incident should be probed. I seek a CBI probe. Since the matter concerns more than one state, it should be a CBI probe," he said.

The allegations came two days after the National Commission for Women (NCW) took cognizance of the model's allegations. NCW Chairperson Rekha Sharma wrote to Maharashtra Director General of Police on Thursday seeking a detailed action taken report in the case filed in 2013.