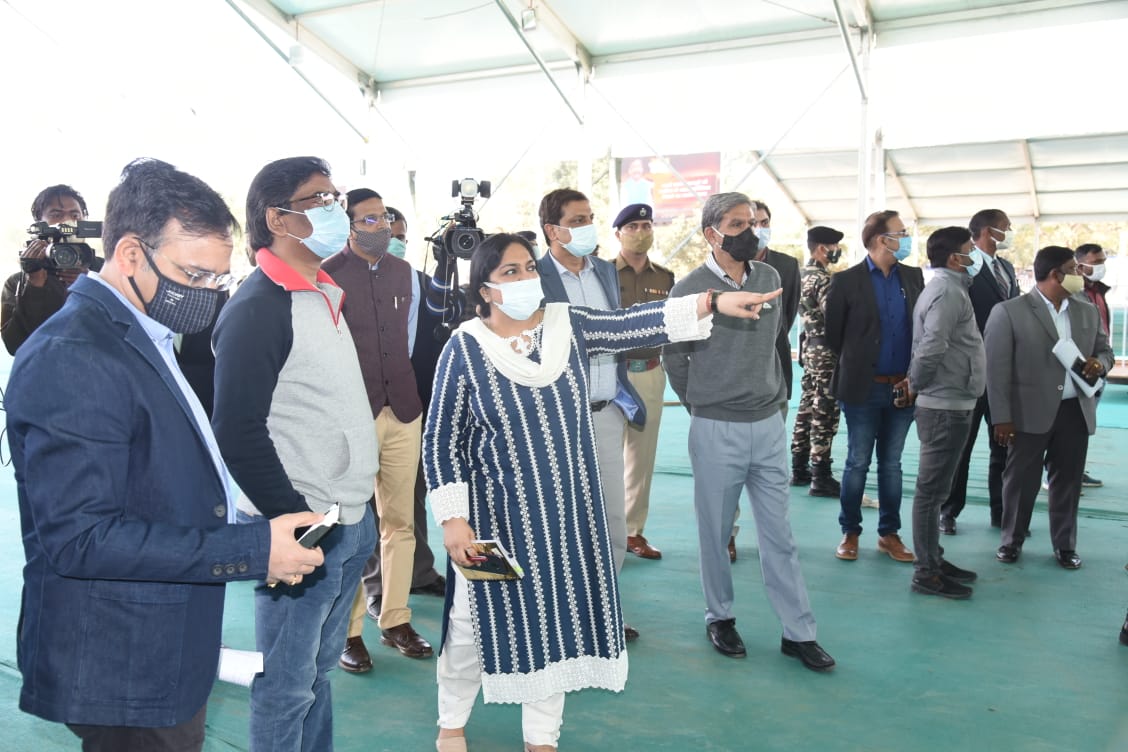 Ahead of the state government programme at Morahabadi Maidan in Ranchi on December 29, preparations are going on to show case the achievements of the Hemant Soren government during the past one year.

“ We will tell the people what we did during the past one year which was marred by the lockdown imposed by the Union government across the country to prevent spread of Corona pandemic. We will also inform the people what we plan to do in future”, said a senior state government officer who does not want to be named.

Today, the CM Hemant Soren visited Morahabadi Maidan in the state capital city and took stock of the preparations to accommodate people in the ground and follow pandemic control protocol.Three ruling parties - Congress, RJD and JMM- were planning to invite their supporters to participate in the event.