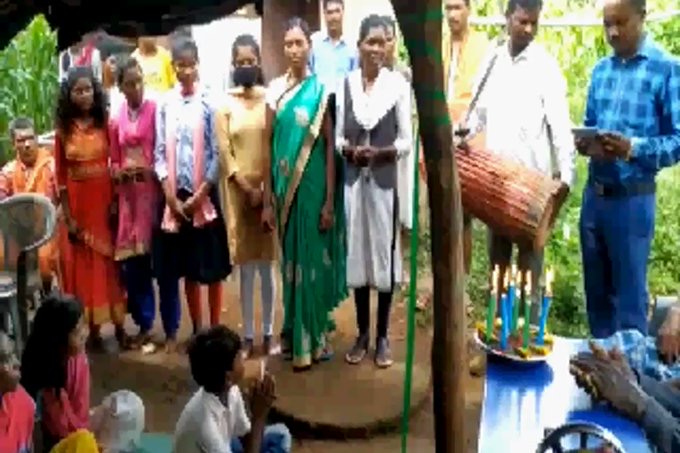 *Picture courtesy DD News TV. It shows primitive tribe Korwa men and women in cheers over Prime Minister Narendra Modi’s admiration of the script writer of their language Korwa in a village in Garhwa district of Jharkhand state.

In his Maan Ki Baat programme on Sunday, Prime Minister Narendra Modi talked about and admired Hiraman Korwa who belongs to a primitive tribe.

Korwa had worked for almost 12 years to author the script of Korwa language spoken by Korwa primitive tribe in Garhwa district of Jharkhand.

The Prime Minister’s Office and Union Tribal Affairs Minister Arjun Munda took note of it and tweeted this fact.Even DD News TV flashed this in its news on Sunday.