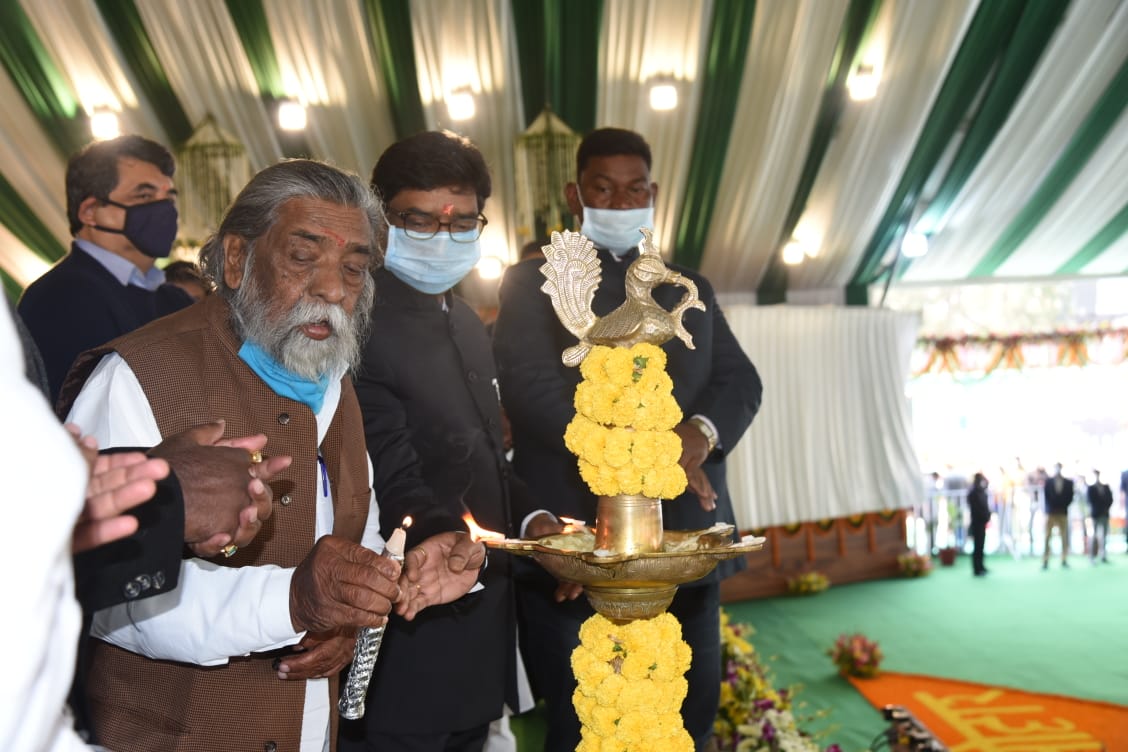 On completion of one year of Hemant Soren government in Jharkhand, a mega public programme was held at Morahabadi Maidan in Ranchi on Tuesday.The programme was sponsored by the state government.

Notably, both the audience and functionaries including top officials violated Corona protocol as many of them were spotted without wearing mask. 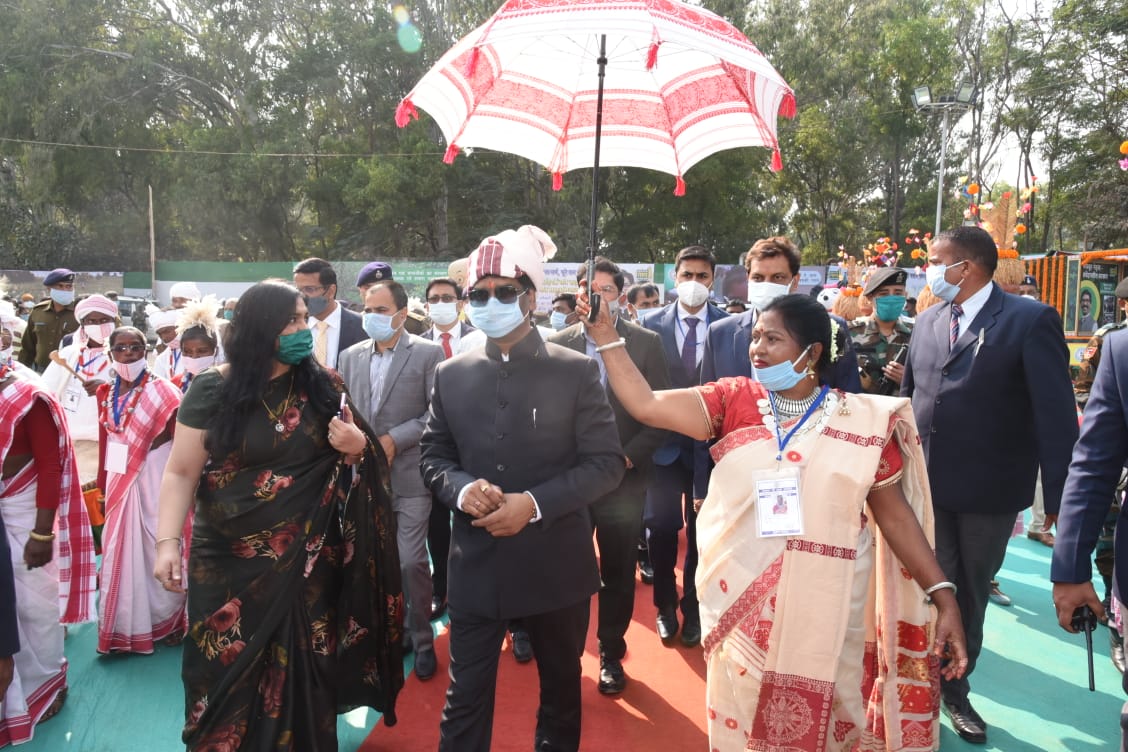 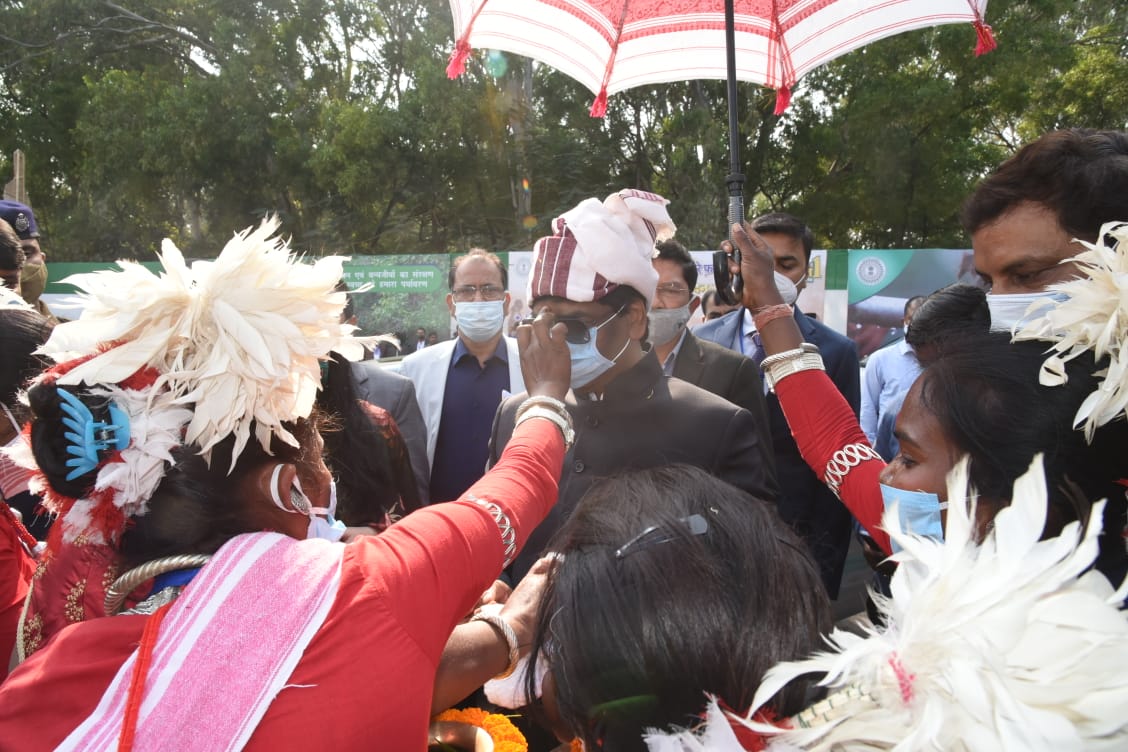 At the beginning of the programme accompanied by lectures and speeches, both Hemant Soren and his father Shibu Soren were greeted by the people who had come from far flung areas of the state.Most of them were transported by the ruling Congress and JMM. 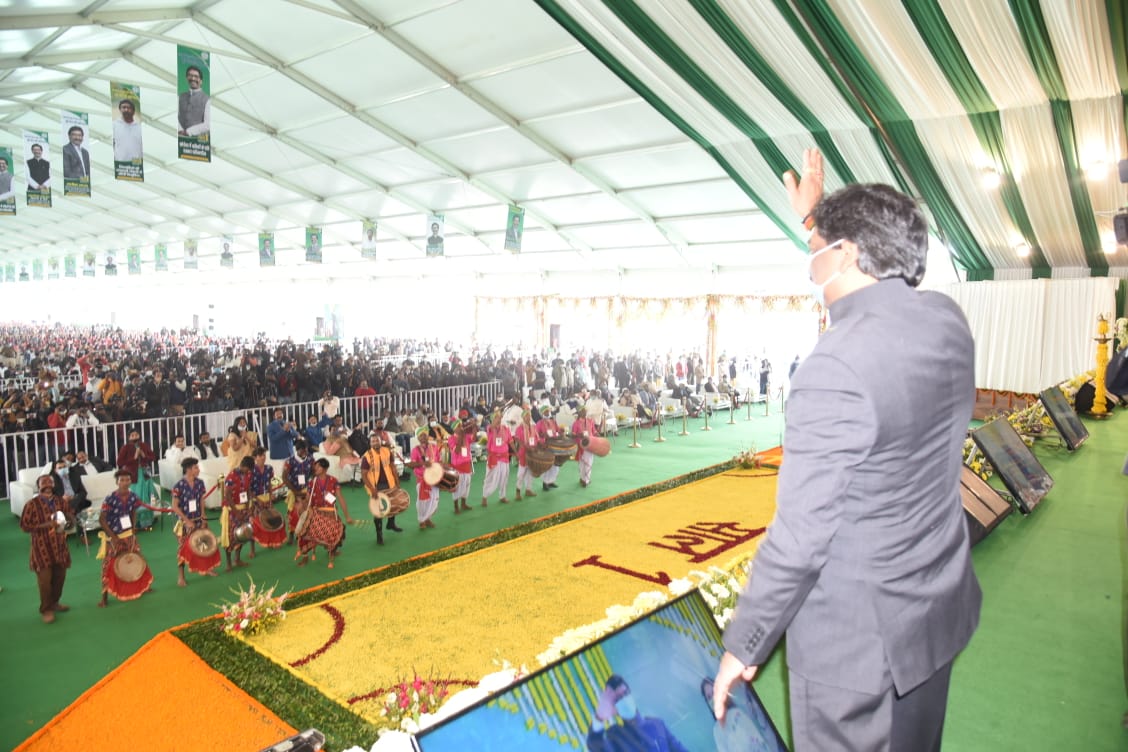 The traffic in the city was affected for over four hours- 10- 2 pm. The security arrangement was massive. However, the the Covid -18 pandemic protocol was broken by many people who did not wear mask. They did not maintain distance with each other.