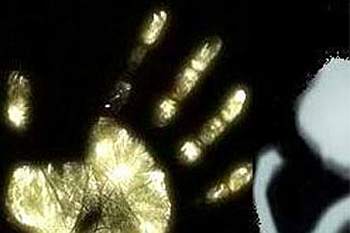 Four persons are in jail facing the charge of piercing the tongue of a woman with a needle after dubbing her as a witch.

They were :Subhash Mehta, Arvind Bhuiyan, Dulal Bhuiyan and Bijan Bhuiyan.They were arrested after the woman Kalawati Devi filed a FIR naming 12 persons on Tuesday in Jharkhand’s Latehar district.

Reports said Devi was beaten up last Sunday at a meeting called by villagers for allegedly practicing black magic at Piprakala village under Maneka police station in Palamau.

The villagers also fined the woman Rs 10,000 and forced her husband to sell his land to pay the fine, the police said.