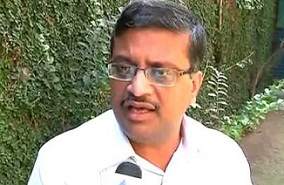 “Thank God!He was not murdered”.

This was observed by a retired official of the Bihar government Ashok Singh in response to Ashok Khemka who was transferred almost 45 times in his two –decade-old career as an IAS of Haryana cadre.

Khemka had ordered a scruitiny of land deals of UPA chairperson Sonia gandhi’s son in law Robert Vadra last year.On Thursday,he was transferred by the Haryana government to a ‘shunted’post.

Singh’s observation underlines the sentiments of the officials across Bihar-Jharkhand on Khemka, managing director of the Haryana Seeds Development Corporation (HSDC),who will now be posted as secretary of Haryana Archives-a department responsible for preserving public and private records in Haryana.

The latest transfer came after Khemka highlighted irregularities in the HSDC, leaving the Congress Bhupinder Singh Hooda government in a tight spot.In October last year,Khemka had used his power and cancelled a mutation of a multi-crore-rupee land deal between Vadra’s company and realty giant DLF.

Later,Khemka had ordered a probe into all land deals inked by Vadra and his companies in Haryana’s Gurgaon, Faridabad, Mewat and Palwal districts since 2005.