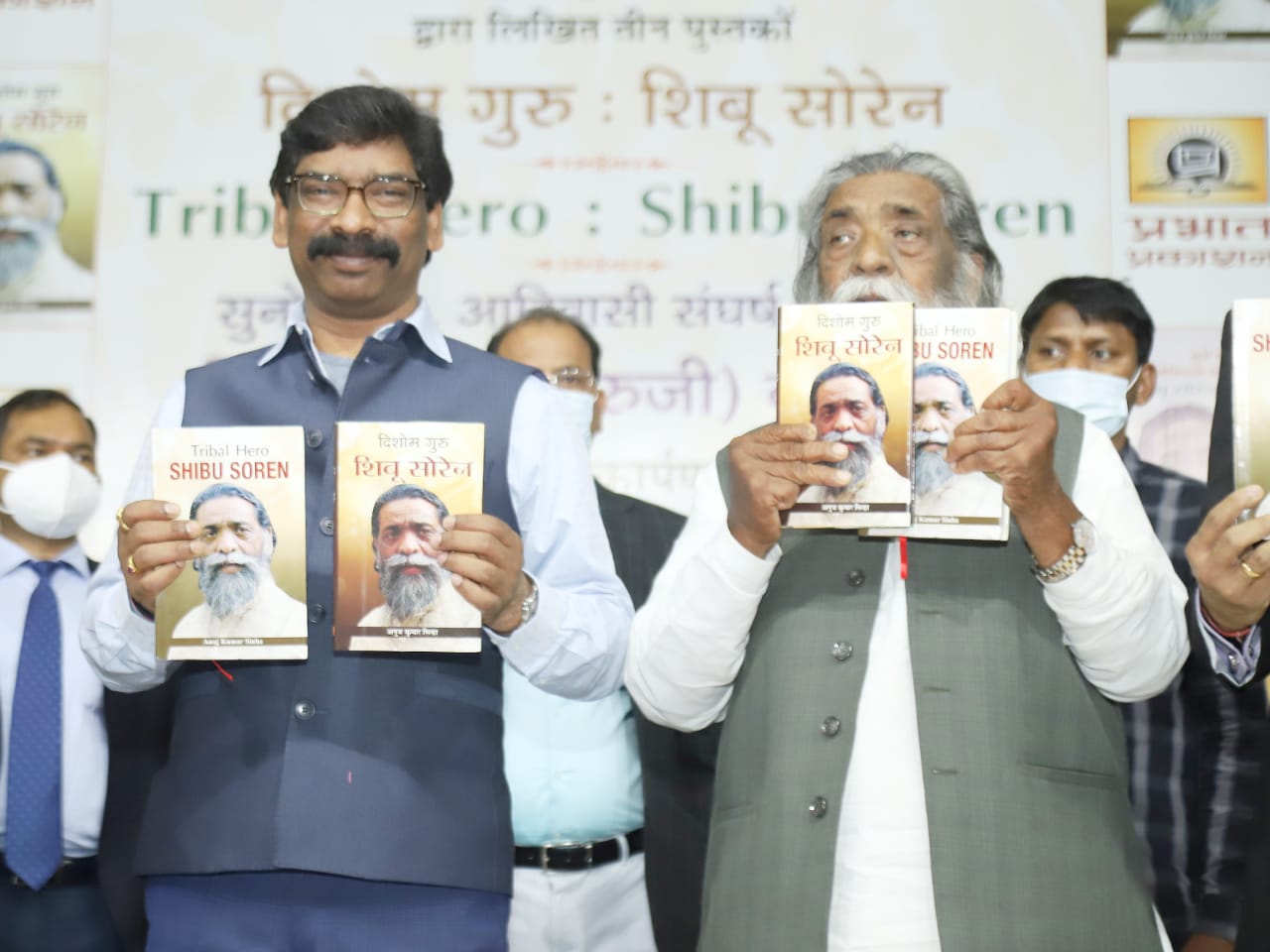 On the 77th birthday of the Rajya Sabha MP, Shibu Soren  today attended a book release function at Aryabhat Auditorium in Morahabadi Maidan,Ranchi,Jharkhand. 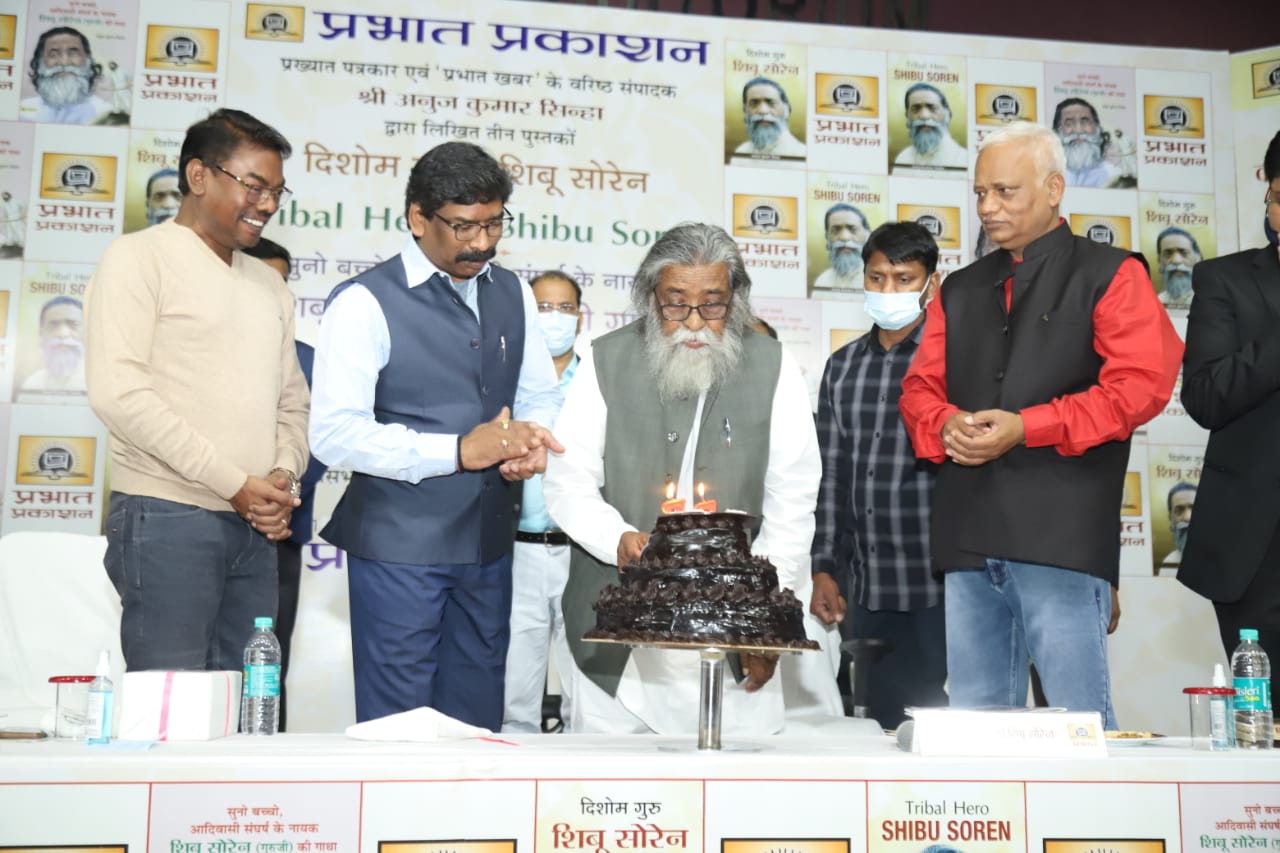 The third book in English is named,  "Tribal Hero:Shibu Soren'.All books were published by Prabhat Prakashan.All these books showcase Soren as a 'messiah' of tribals in Jharkhand.

Speaking on the occasion,Shibu Soren recalled, how, after the gruesome murder of his father Sobran Soren,who was a reputed school teacher then,by thugs-(money lenders),he had revolted and led a movement against them.The CM Hemant looked dashing and proud of his father's struggle for justice and his revolutionary background and said,he was trying his best to meet the aspirations of the deprived people of Jharkhand.

In these books,author seems to have worked hard and tried to depict his 'revolutionary' background.Apart from collecting information,recorded statements and pictures,Sinha has sought to show how early Soren lived underground  in forest and hills,and how he led agitations of tribals against money lenders,liquor mafia and land grabbers.

Soren also tried to teach Adivasis to make their children study in schools and take up poultry and fishing to increase their income,writes Sinha in his book.

The book has carried details of Soren staying under ground to run his agitation against money lenders and showcases his ways to mobilise poorest of the poor tribals against exploiters of tribals in deep forest areas for years before launching movement for a separate Jharkhand state in 1970s. 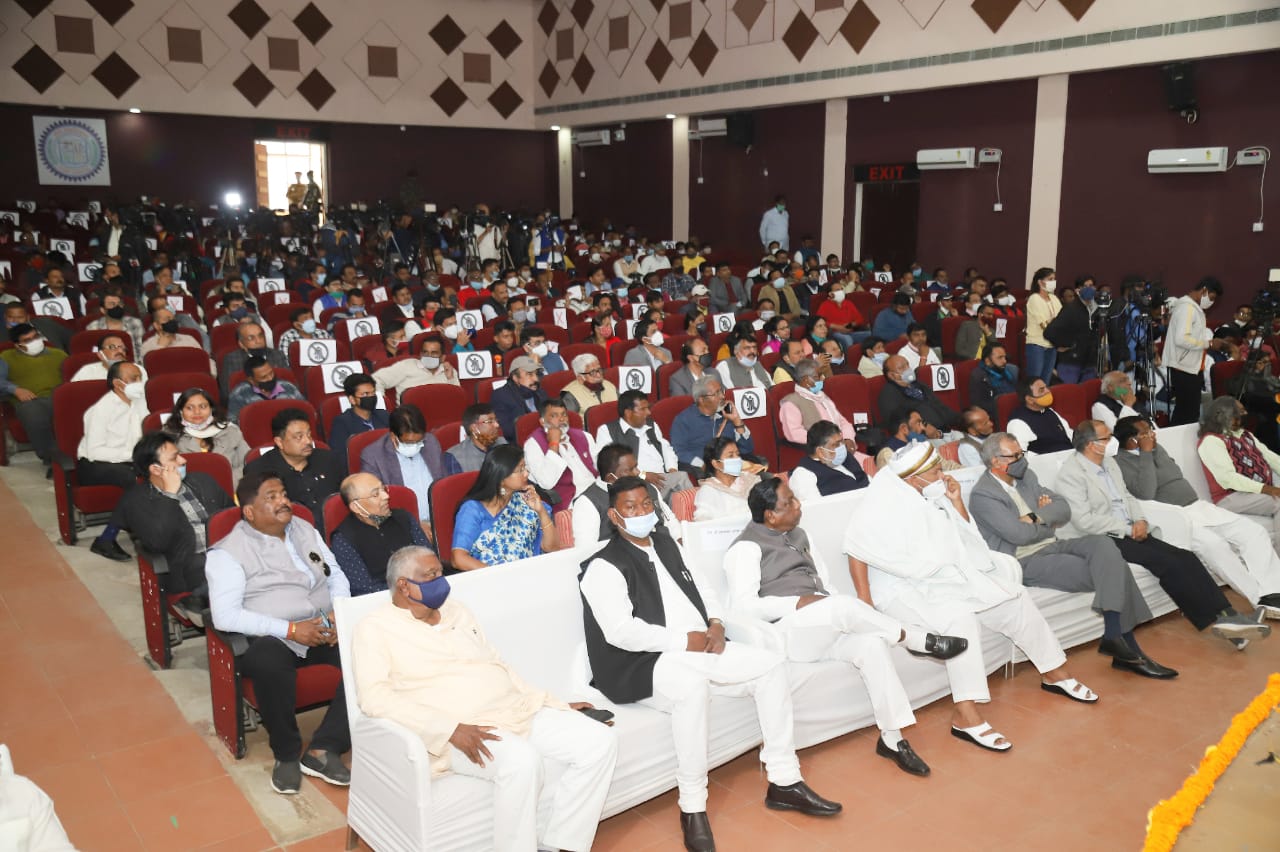