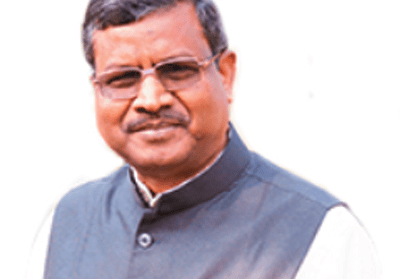 The petition filed by BJP leader Babulal Marandi against Jharkhand Assembly Speaker took a turn on Tuesday when the Speaker submitted before Jharkhand High Court that he was empowered by the existing laws to take suo motu cognizance of his case.

In its submission,the Speaker has stated that in accordance with the 10th schedule of the state Assembly law,he had the power to take cognizance of his case involving his decision to merge his  party Jharkhand Vikas Morcha with the BJP.

The  anti  party defection allows merger and split in the party by one-third of its members.Since two MLAs of  JVM joined the Congress,Marandi was left alone in JVM to join the BJP.Marandi did so and the BJP high command decided to nominate him as the BJP leader and Leader of the state Assembly.

This did not happen.Marandi licked the dust after  the media published these stories.Evenas the opposition bench in the Assembly remained vacant without any leader of the opposition,the Assembly Speaker who belonged to the ruling JMM had two options.

One,except  Marandi as Leader of the Opposition.Two,refuse to accept  the BJP's decision to nominate him as leader of the opposition in the Assembly.

The Speaker picked up the second option.Soon,he showcaused Marandi.In turn,he filed a petition in Jharkhand High Court.And responding to Marandi's plea,JHC stayed the Speaker's decision and also ordered that  the Assembly Tribunal can not hear the case till it disposes off Marandi's petition.

Responding the court's decision to withhold hearing of Marandi's case by the Assembly Tribunal,Speaker moved the Supreme Court.Soon,the apex court rejected Speaker's plea and directed it to approach the high court for gaining justice.Also,the the SC directed JHC to expedite hearing for quick disposal of the case.

In the JHC,Marandi again questioned Speaker's decision to take up his case saying he had no basis to take note of it.In response,Speaker replied that he was empowered to take suo motu cognizance of his case.On Tuesday,the JHC took note of it.

However,Marandi's counsel RN Sahay appealed for grant of more time to make a submission before it.The Speaker's petition was argued by the state Advocate General Rajiv Ranjan and senior lawyer of the SC Kapil Sibal.