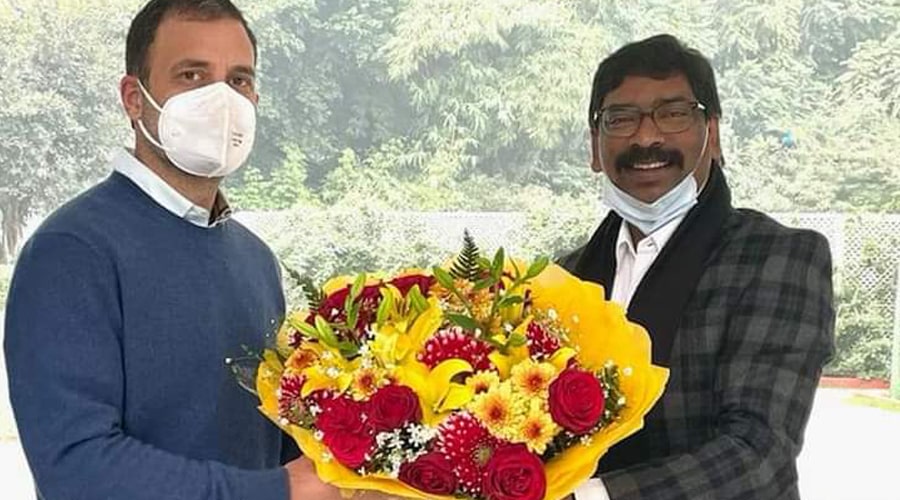 The meeting assumes importance as it took place in the backdrop of coming elections in Bengal where Hemant’s party, the Jharkhand Mukti Morcha (JMM), is planning to contest. JMM’s primary ally in Jharkhand, the Congress, has tied up with the Left in Bengal.

Both Congress and JMM leaders, however, called the meeting a courtesy visit. Hemant, along with Congress party’s Jharkhand affairs in-charge R.P.N. Singh, flew to Delhi on Sunday night.

Hemant, who is expected to meet Sonia Gandhi too, is likely to return to Ranchi on Tuesday.