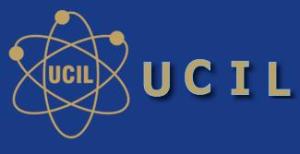 Latest techniques connected with training of personnel into exploration,processing,strategy formulation and mining of Uranium are going to be the subject of deliberations in the five day long workshop slated to be held in Jamshedpur.

The workshop,a part of training course on ‘Uranium Exploration Strategy,Mining and Processing Techniques’,beginning from April 8 to end on April 12,is being jointly organized by the PSU-Uranium Corporation of India Ltd(UCIL)-and International Atomic Energy Agency(IAEA).

This is for the first time UCIL and IAEA are jointly organizing the workshop.The UCIL chairman D Acharya is scheduled to inaugurate the workshop.

As per announcement made in this regard by UCIL’s General Manager KK Sarangi,nearly 30 Uranium specialists from UCIL and the Government of India’s Department of Atomic Energy,Bhaba Atomic Research Centre,Director General of Mines Safety and other academic institutions are expected to impart training,in addition to inputs from two specialists from Australia and Canada.

The participants and delegates from far flung areas of the globe including Argentina,Brazil,Cameroon,China,Indonesia,Nepal,Poland,Philippines and Thailand are likely to take part in the work shop.

Incidentally,UCIL has its oldest Uranium mines project set up in 1967 at Jaduguda near Jamshedpur.