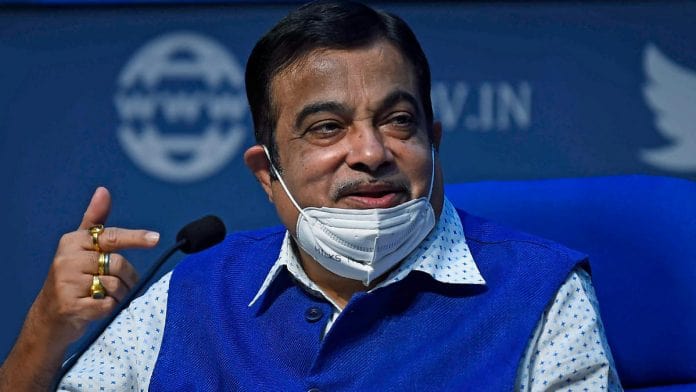 Union Minister for Road Transport & Highways Nitin Gadkari has called for reducing road accidents by half by the year 2025.

He suggested that there should be a 3-days mandatory training of engineers of ministry, NHAI, PWD and various agencies related to road construction for awareness about road safety.

Addressing the 19th Meeting of National Road Safety Council (NRSC) yesterday, the Minister said that reducing accidents is not a gradual process, every stakeholder should take it on top priority with immediate effect. He gave the example of Sweden where zero tolerance towards road accident reduction is adopted. It was attended by Transport Ministers from the States of Andhra Pradesh and Bihar, DGPs or their representatives from states/UTs, and various other official and non-official members of NRSC.

The Minister said, India is constructing 30 kilometres of roads everyday which is a great achievement during this pandemic time. He asked the State governments to motivate people for safer movement on road, the involvement of NGOs should be appreciated in this concern. He suggested involving social media on major basis for awareness and education about road safety measures. He highlighted that there is a committee of MPs related to road safety, and requested all the MLAs to also focus on the issue of accident reduction in their constituencies.

Ministry of Road Transport & Highways has formulated National Road Safety Council to advise on all the matters pertaining to planning and coordination of policies, standards of safety in the road transport sector, to formulate and recommend road safety programme for implementation by the State Road Safety Organization, to suggest areas for research and development to improve safety aspects in the road transport sector including maintenance of statistics of road accident and their analysis, to generally oversee and monitor at the central level the road safety measures undertaken by the State/UT agencies.

Shri Vivek Kishore, Director (Road Safety), Ministry of Road Transport & Highways explained in his presentation about the black spot rectification procedure and the status of rectification on National Highways. Various measures taken by Ministry of Road Transport & Highways to reduce accidents and fatalities, Schemes of the Ministry and Features added in Motor Vehicles (Amendment) Act 2019 for Strengthening Road Safety was also explained by Director him. A small presentation was also done on the work of development and implementation of Integrated Road Accident Data base (iRAD) through IIT, Madras and NICSI to establish a central repository for reporting, management and analysis of road accidents data.

The Transport Minister from Bihar explained about various initiatives taken  by the state government like “Sanyukt Jaanch Dal” (Unified Investigation Agency) for road safety audit, automated driving training centre, 40 hospitals are upgraded to trauma centres and 434 people are awarded as Good Samaritans. Other members of NRSC gave suggestions about improvement of road safety situation by taking various measures including changes in the law, etc.

The Minister of State-RT&H Gen (Retd) Dr V K Singh asked the states to enforce various measures as best practices in their states at their own level also. He assured all the members of NRSC that the suggestions submitted by them would be looked into and their implementation will be taken accordingly.