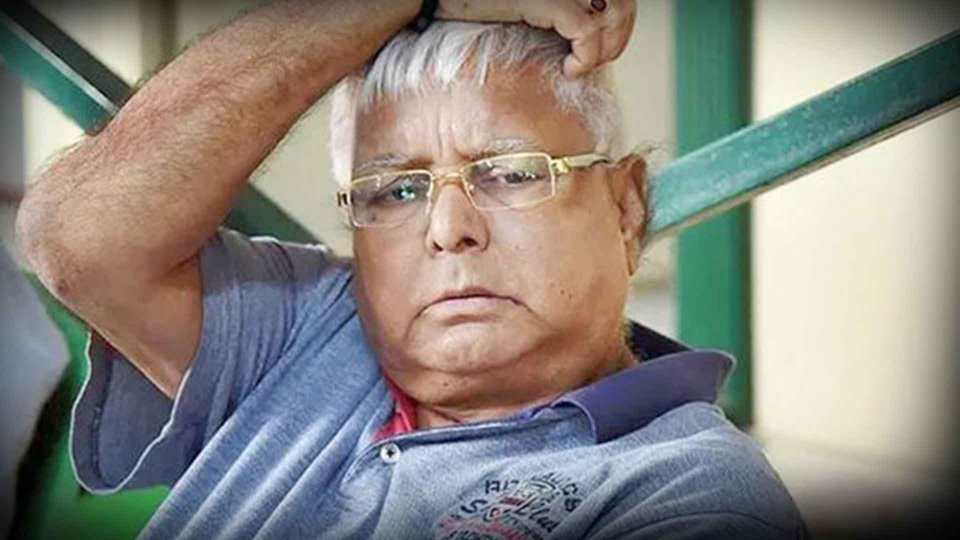 Amid the presence of his family members, Lalu Prasad Yadav is fine and doctors at RIMS hospital said that his  “condition”is stable.

“Most of his test reports are normal. He had developed symptoms of pneumonia for which meditation is being administered. Covid-19 has been ruled out with both antigen and RT-PCR tests being negative," RIMS director Dr Kameshwar Prasad told reporters after visiting Prasad at the paying ward of the hospital.

The RIMS director added they had also approached specialists at AIIMS, Delhi, who vetted the treatment being given to Prasad for the identified infection in his lungs.

Lalu Prasad had complained of congestion in chest on Thursday evening, following which he was being monitored by top doctors of the institute. Prasad, who is serving prison terms in fodder scam cases, has been under treatment at RIMS since December 2017.

Last night Tejaswi Yadav had met his father Lalu Prasad. After meeting him, he said the family was worried about his health as he suffered from multiple diseases including diabetes, kidney and lungs ailments.