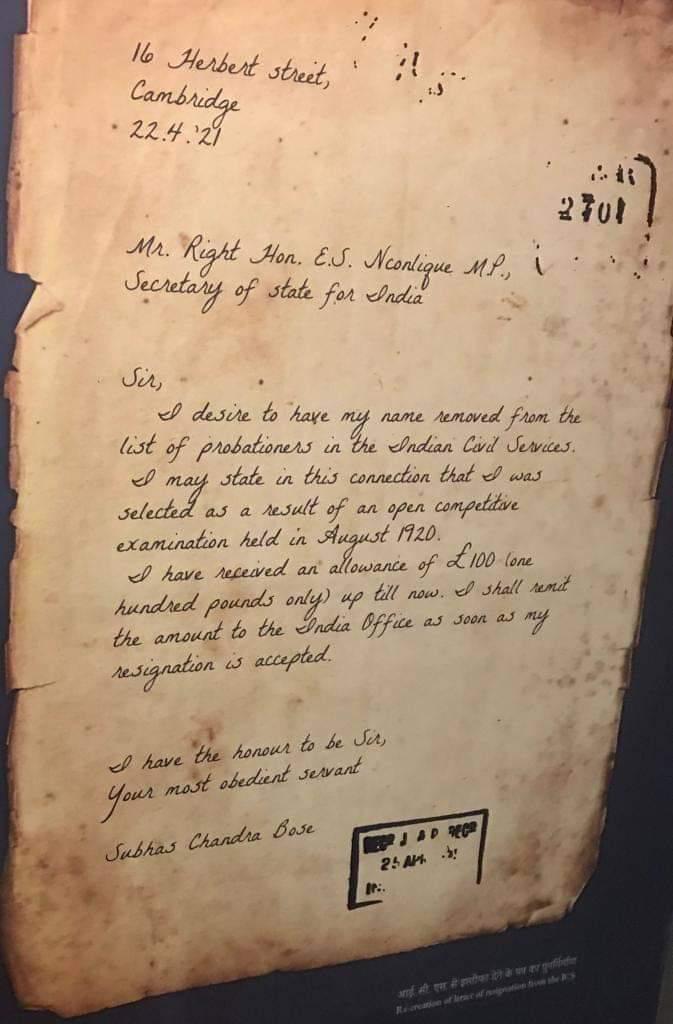 Subhash Chandra Bose, fondly remembered as ‘Netaji’, was an Indian freedom fighter whose open defiance and offensive strategies against the British and made him a hero in India.

He is regarded as one of the pioneers of Indian independence. Born on January 23, 1897 in Cuttack, Bose followed Jawahar Lal to to lead the younger wing of the Indian National Congress in the late 1920s. He later became the party president in 1938, but because of certain differences with Mahatma Gandhi — whom he respected and revered — Bose was ousted from leadership.

Prior to this he who had qualified in the Indian Civil Service( ICS) tendered his resignation. www.jharkhandstatenews.com is enclosing his letter of resignation for viewers.

His letter reflects his personality, beautiful hand writing and morality. On his 125th Birth Anniversary today, the nation salutes him.