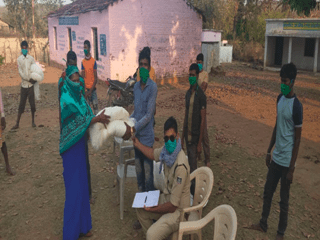 In a major initiative for tribals in India today, TRIFED, in association with state government agencies,has conceptualised and implemented Minimum Support Price (MSP) & Development of Value Chain for Minor Forest Produce in as many as 21 states of the country.

The scheme has emerged as a source of great relief for many tribal gatherers. TRIFED has injected more than Rs 3000 crores directly in the tribal economy since April 2020.

This has been possible mainly due to the Government push and active participation from the States and has provided much needed liquidity in the tribal ecosystem, much needed in the adverse times. 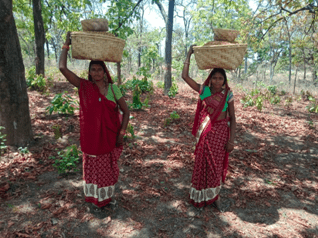 Continuing with its earlier efforts to provide remunerative and fair prices to tribal gatherers of forest produces, the Ministry of Tribal Affairs led by Minister Arjun Munda has revised the MSP for MFP list and has included 14 additional MFPs in the list.

This recommendation of additional items is over and above the previous notification issued on May 26, 2020 (in which the list had been revised to include 23 MFPs) and May 1, 2020 in which the MSP revisions for the MFPs were announced.

The details of the newly included items along with their MSP are stipulated as under:-

The Central government had introduced a minimum support price (MSP) for a select list of MFP through “Mechanism for Marketing of Minor Forest Produce through Minimum Support price and development of Value Chain of MFP” Scheme in 2011 to provide a social safety net to these underprivileged forest dwellers, and to aid in their empowerment. TRIFED, as the apex national organisation involved in the improvement of the livelihood and empowerment of these tribal people, is the nodal agency for the implementation of the scheme. The Van Dhan tribal start-ups, also a component of the same scheme, further complements MSP beautifully and has emerged as a source of employment generation for tribal gatherers and forest dwellers and the home-bound tribal artisans.

To ensure that the ground gained is not lost and to strengthen the State level programme implementation and contribute to the empowerment of the tribal population, TRIFED has initiated Phase II of  the MSP and MFP scheme and the Van Dhan tribal Start-ups. During this phase, one of the major actions being planned is the convergence of the Van Dhan Yojana with the MSP for MFP Scheme. Together, these two initiatives offer a comprehensive development package for tribals promoting employment and incomes and entrepreneurship. With the implementation of several planned initiatives in the next year, TRIFED is continuing to work for the complete transformation of the tribal ecosystem across the country.