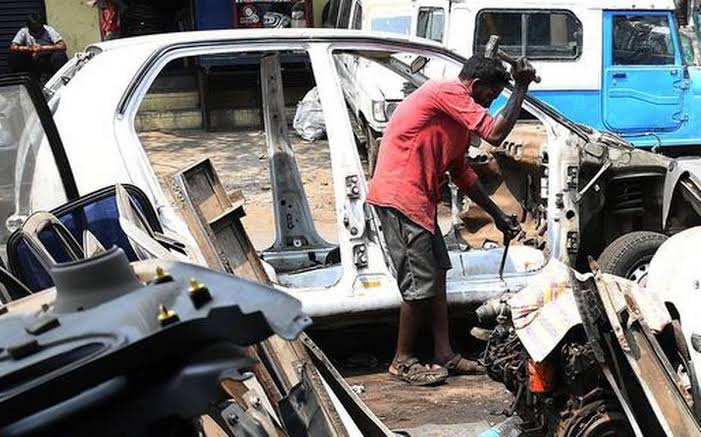 Union Minister for MSME and Road Transport & Highways, Sh. Nitin Gadkari has welcomed the Voluntary Scrappage Policy announced in the Union Budget and said that declaration of the details of the policy will be done within 15 days from today.

In his post-budget interaction with the media at his residence, Sh. Gadkari said that the scrappage policy will lead to a new investment of around Rs.10,000 crores, and create as many as 50,000 jobs.

These vehicles are estimated to cause 10-12 times more pollution than the latest vehicles. Outlining the benefits of the policy, Sh. Gadkari said it would lead to recycling of waste metal, improved safety, reduction in air pollution, reduction in oil imports due to greater fuel efficiency of current vehicles, and stimulate investment.

Gadkari also welcomed the increased outlay for the highways sector, to Rs. 1,18,000 crores, with the highest-ever capital investment of Rs.1,08,000 crores. While welcoming the increased allocation, the Minister said that the Ministry’s increased stress on monetization of highways will help in expanding the road network in the country.