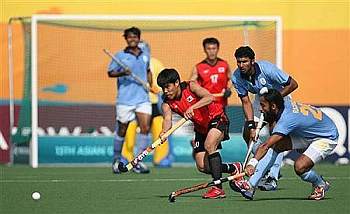 By defeating Mizoram 3-0 in the first semi-final played on Saturday Jharkhand entered the final match.Sudhir Munda scored the first goal for Jharkhand in the 32nd minute.

Jharkhand who led 1-0 at the half time scored another two goals through Joseph Nag and Petrus Tiru in the 57th and 59th minutes respectively.

In the final Jharkhand will face either Odisha or Manipur.