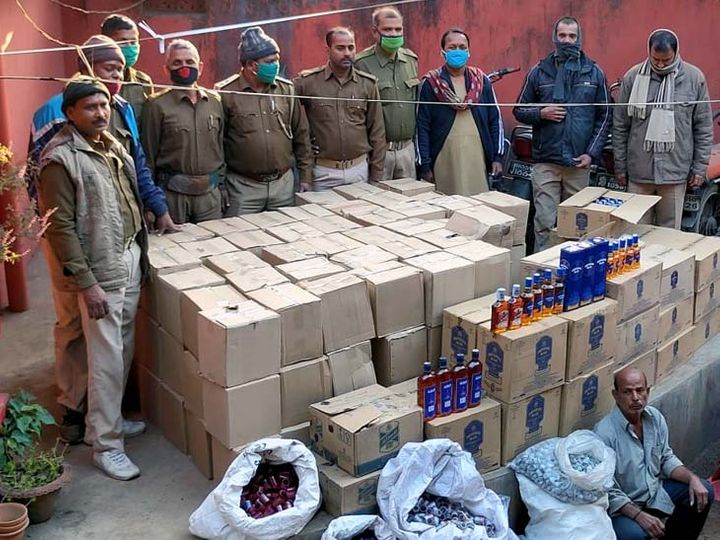 The seizure of illegal liquor and arrest of two persons revealed that an illegal booze producing factory operated near Chuna bhatta in Jamshedpur.TheExcise unit of the steel city officials say that the runners of this factory had adopted their own modus operandi.

They procurred bottles of costly and branded foreign liquor.Then, they packed them with illicit country liquor made there.Next,they sold these illicit liquor at high price in hotels and dhabas.And they made huge sums.

Though the runners of this illegal liquor factory have managed to escape ,the Excise sleuths had seized Rs 7 lakh worth liquor bottles,it is learnt.Two persons who were arrested were identified as 'Care Takers' Sidheshwar Nath and Budeshwar Kalindi.

Falling under Burma Mines police station and located along Carriage Colony,Chuna Bhatta,near Graveyard,the make shift factory was operated from inside  the hut.In all,144 bottles of illegal liquor packed in foreign liquor bottles were seized.

The Excise Department Inspector Mahendra Devgan informed that the illegal business of country liquor packed in bottles of foreign liquor and sold at high cost was going on for almost one month.