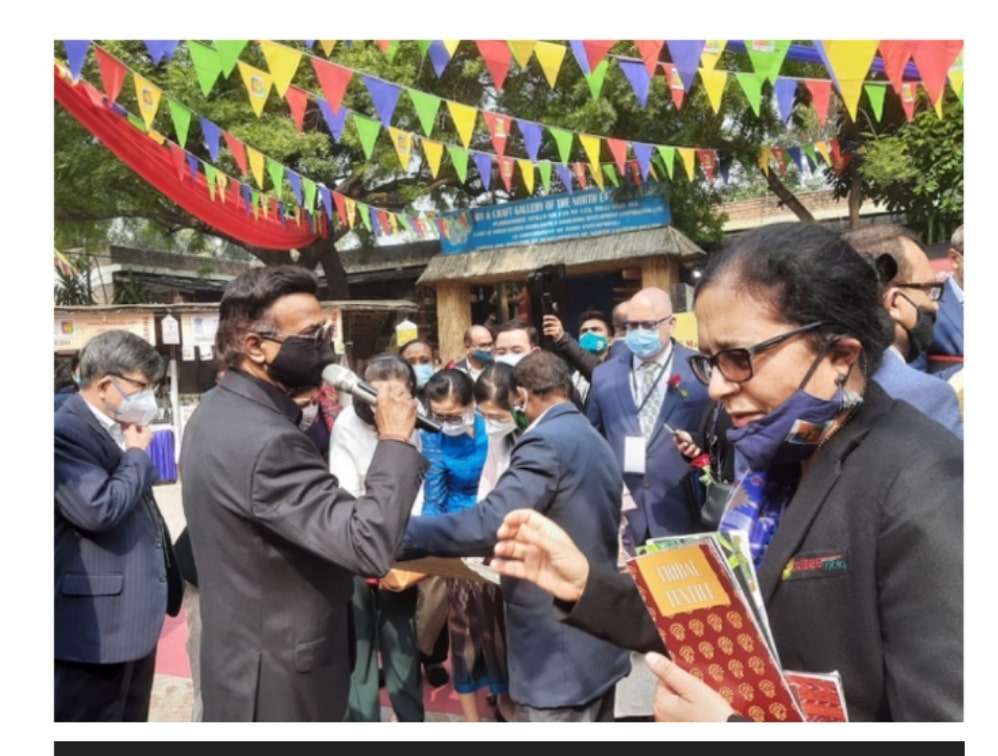 Keeping in line with the Hon’ble Prime Minister’s vision for Vocal for Local and a self-reliant India, and introduce the rich tribal heritage to international audiences, A Tribes India Conclave was organized in association with the Ministry of External Affairs, Government of India at the Tribes India Aadi Mahotsav on Friday 12th February 2021.

The event was attended by over 120 diplomats from more than 30 foreign missions in India besides senior officials from the Ministry of External Affairs also visited the Aadi Mahotsav.

The dignitaries took a look at the stalls of the tribal artisans from across the country and showed their keenness to learn more about the unique handicrafts and traditions.

With about 200 stalls on display which showcase products ranging from traditional weaves to jewellery and paintings and toys, the dignitaries were given a glimpse into tribal arts and crafts. In addition, there were live demonstrations by artisans on how to make Longpi pottery, Lac bangles and Gond paintings. Tribal artisans also performed a live puppet show at the event.

This was followed by a brief presentation by Shri Pravir Krishna, Managing Director, TRIFED. Speaking on the occasion, Shri Krishna welcomed the delegates to the Aadi Mahotsav.

“This is a mini tribal India in one place where you can buy the best of tribal handicrafts and produce and sample the best of tribal cuisine and culture. TRIFED is working to bring these tribal artisans and forest dwellers into the mainstream and provide them access to larger markets. 500 such events are organised in an year – some on a smaller scale.”