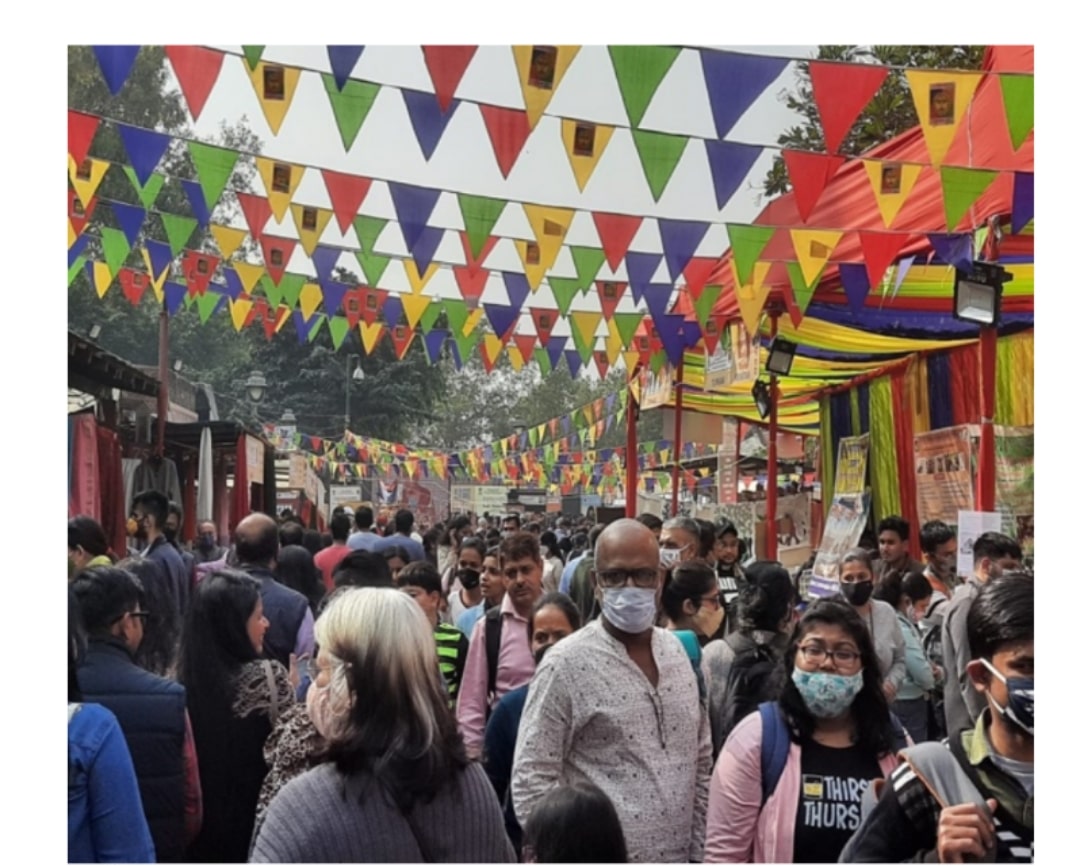 The Tribes India Aadi Mahotsav has won many hearts among the residents of Delhi. It was evident by the crowds who have been thronging the National Tribal Festival.

The event Diplomats Day was organized in association with Ministry of External Affairs, keeping in mind with the Hon’ble Prime Minister’s vision for Vocal for Local. The visiting dignitaries went around the venue appreciating the stalls of tribal artisans from across the country and showed their keenness to learn more about the unique handicrafts and traditions.

In addition, there were live demonstrations by artisans on how to make Longpi pottery, Lac bangles and Gond paintings. Tribal artisans also performed a live puppet show at the event. This was followed by an elaborate exotic tribal lunch with dishes such as Mutton Seekh Kebab from Jammu and Kashmir, Fish Pakoraa from Odisha, Chaman Paneer from Jammu and Kashmir, Besan ki gatte ki sabzi from Rajasthan, Mutton and Chicken Banjara Biryani from Telengana, Bajra and Makke ki Roti from Madhya Pradesh, Mahua laddoo from Jharkhand, Moong ka halwa from Gujarat.

With three days remaining for this edition of the Tribes India Aadi Mahotsav to come to a close, it is evident that the tribal festival has won many hearts among the residents of Delhi. As the final weekend is here, the footfall to the festival has increased and people have come to Dilli Haat to enjoy a day filled with rich tribal craft, culture and cuisine. The main focus was the wide variety of tribal arts and handicrafts being showcased in the fortnight-long festival that celebrates the spirit of tribal crafts, culture, and cuisine.

With about 200 stalls from across India, the Aadi Mahotsav is a mini-India where the exquisite craft traditions of tribal artisans – weavers, potters, puppeteers, and embroiders – are all in one place. With a wide range of artefacts like paintings be it in the Warli style or Pattachitras; jewellery handcrafted in the Dokra style to bead necklaces from the Wancho and Konyak tribes of the North-East to the famous Toda embroidery from the South; from colourful puppets and children’s toys to traditional weaves such as Dongria shawls, Bodo weaves, Kota Doria from Rajasthan; iron craft from Bastar to bamboo craft and cane furniture; pottery such as blue pottery and Longpi pottery from Manipur, the festival is a feast for the senses.

For the tribal artisans and forest dwellers who had lost their incomes and livelihoods, the Aadi Mahotsav is a platform wherein they can sell their products and produce. In the past 10 days, it has proved to be a successful venture as there have been sales worth 3 crores. With the weekend and the last three days left, it is certainly hoped that it would benefit these tribal artisans in terms of sale of their products.

Besides shopping for handlooms and handicrafts and natural produce, one can also sample the best of tribal cuisine and enjoy performances by tribal artists at the Aadi Mahotsav.

The Aadi Mahotsav- A Celebration of the Spirit of Tribal Crafts, Culture and Commerce is on at Dilli Haat, INA, New Delhi till the 15th February.