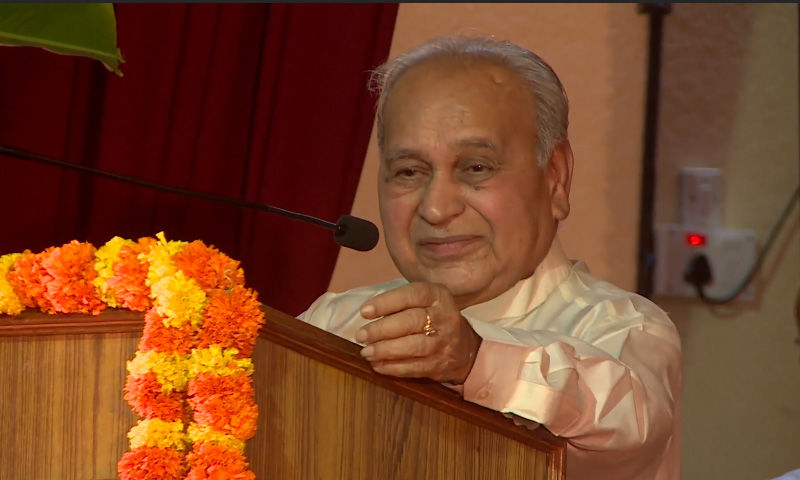 Former Governor Rama Jois passed away. Jois is fondly remembered to have planted a number of trees inside and outside the Rajbhawan in Ranchi.

Jois had also beautified the Rajbhawan and created, developed green belt- Nakshatra Van outside Rajbhawan in the capital city of Jharkhand.

On his demise, tributes were paid by a number of staff of the Rajbhawan and Governor Draupadi Murmu. Union Home Minister Amit Shah was not behind.

Said Shah:“My condolences on the passing away of a noted jurist and former governor of Bihar & Jharkhand, Justice M Rama Jois Ji. He made a lasting contribution to the Indian judiciary. His efforts in restoring democracy during the 1975 emergency will always be remembered. Om Shanti Shanti.”