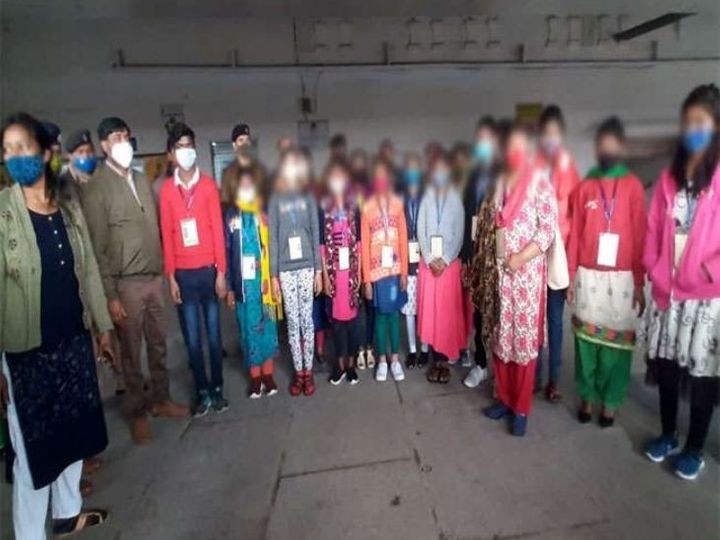 *Picture shows 14 minor girls and boys who were trafficked only to be rescued, freed by the police and brought to Ranchi by the Garib Rath train on Wednesday.

When the Garib Rath train from Delhi arrived and 14 minor passengers landed at the Ranchi railway station today, all eyes were on them. Among them were 12 girls and two boys.

All of them were trafficked from different areas of Jharkhand -West Singhbhum, Pakur, Sahibgunj, Simdega, Godda, Gumla and Khunti-and taken to different areas of the national capital for domestic household works. And, on a tip-off, they were identified, rescued and freed due to the intervention of Jharkhand Mahila Vikas Samiti.

They were supposed to be rehabilitated by the Child Welfare Committee(CWC), a group associated with the state government, where they were stationed at the time of reporting on Wednesday afternoon. Among these trafficked girls freed by a joint team of the police and the committee,one is from East Singhbhum,five from West Singhbhum,one from Pakur,two from Sahebgunj and Godda each, and one each from Gumla and Khunti.

"We will take them to their homes soon",said a senior police officer.

Notably, this is not an isolated case. In November,44 minor girls and boys were airlifted from Delhi and brought to Ranchi after they were rescued and freed from traffickers in Delhi.