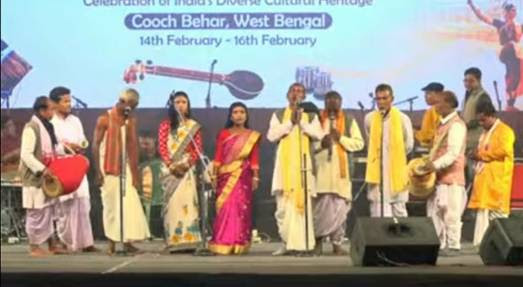 The Mahostav organised for the Rajbari, the magnificent palace grounds witnessed performances by renowned artists and musicians; folk artists highlighting the rich cultural diversity. A big draw was singer and music composer Shri Kailash Kher, Kathak dancer Souvik Chakroborty while tabla mastero, Bikram Ghosh performed at the inauguration. Icons from music to classical performers performed during the last three days giving the local people glimpses of the heritage and also be a platform to encourage and preserve the local arts. A handicraft Mela was also held on the occasion.

The festival held in West Bengal was inaugurated by the Governor Shri Jagdeep Dhankhar in the presence of the Minister of State (I/C) Culture, Shri Prahlad Singh Patel on 14th February. The second leg of the program will now be held in Darjeeling from 22nd to 24th February. The RSM which is being organized in the State will enhance mutual understanding and bonding between people of diverse cultures, thereby securing stronger unity and integrity of India.

RSM, the flagship festival of this Ministry of Culture has been organized since 2015 with the active participation of Seven Zonal Culture Centres has been playing a pivotal role to take the vibrant culture of India out to the masses instead of confining to auditoria and galleries. 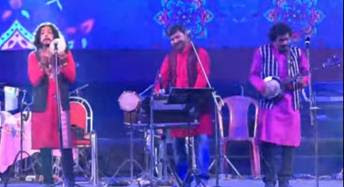 It has been instrumental in showcasing, folk and tribal art, dance, music, cuisines & culture of one state in other states reinforcing the cherished goal of “Ek Bharat Shreshtha Bharat” and at the same time providing an effective platform to the artists and artisans to support their livelihood. Ten editions of RSM have been held till date since November, 2015 in various states and cities such as Delhi, Varanasi, Bengaluru, Tawang, Gujarat, Karnataka, Tehri and Madhya Pradesh.

Organized by the Ministry of culture and the Eastern Zonal Cultural Centre Kolkata it has brought all the seven zonal cultural centres together to bring culture to the masses and also reinforce the goal of Ek Bharat Shrestha Bharat.