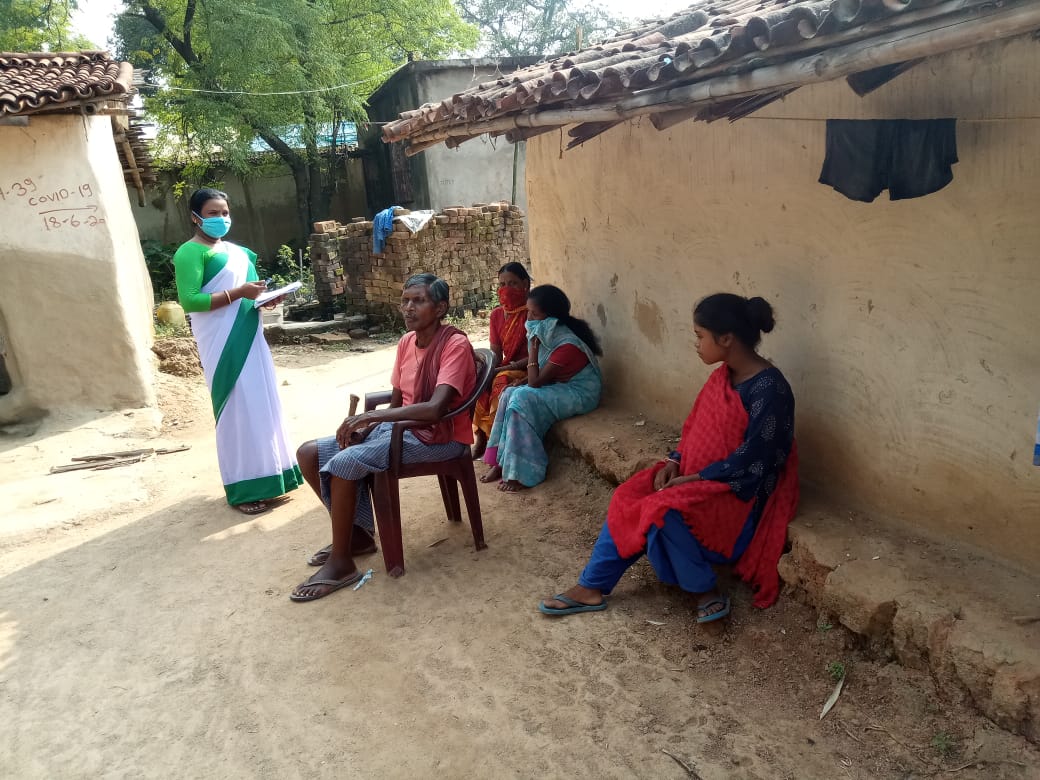 The ASHA workers in Jharkhand who are known as “Sahiyas”, have been supporting the delivery of health care services across the state, especially in the tribal areas.

The state has approximately 42,000 Sahiyas, supported by 2260 Sahiya Sathis (ASHA facilitators), 582 block trainers, 24 district community mobilizers and a State-level community processes resource centre. Since the launch of the programme, the Sahiyas have been widely acknowledged for their commitment and dedication in enabling access to health care, even in the hard to reach and remote tribal areas.

The Sahiyas became a source of inspiration across the state because of their efforts and the work they did during the pandemic. The state government of Jharkhand actively engaged them in activities such as contact tracing, line listing, follow-up on COVID-19 cases and door-to-door data collection for IPHS.

With the announcement of a nationwide lockdown, the government led by Chief Minister Hemant Soren initiated a week-long Intensive Public Health Survey (IPHS). The survey helped identify the population at high-risk of contracting COVID-19, potentially infected individuals and listed the pregnant women and newborn babies whose ANC check-ups were due.

To create awareness around the preventive measure against COVID-19, the government decided to leverage the extensive network of Sahiyas across 24 districts. The Sahiyas went from one door to the other, advocating on the measures and screening for potentially infected individuals.

In March 2020, Kamarunisha and her husband Noor Mohammad from Telo village in Bokaro district returned home after participating in the Jamaat. They were tested for COVID-19 at the airport and advised to home quarantine in their village. ASHA worker Reena Devi obtained this information during the household survey.

She then immediately informed the medical officer-in-charge of the block, counselled the couple to follow home quarantine as per norms and followed up regarding their health status and healthcare needs. Later, In the test result, Kamarunisha tested positive and was immediately quarantined at Bokaro General Hospital.

The Sahiya, Reena Devi, coordinated for a medical team to be sent to the couple’s house the next day and helped in-home quarantine for the family members. She continued to actively follow-up on many such cases in her village and played a crucial role in creating awareness in the community for the prevention of COVID-19. Timely action and persistent efforts by Reena Devi helped in preventing the spread of infection to other members of her community.

About 42,000 Sahiyas played a crucial role in this survey. They conducted a house-to-house survey of thousands of households to identify the local high-risk population such as individuals with Influenza-like illness (ILI)/ Severe Acute Respiratory illness (SARI) symptoms, the population in over 40 yrs bracket with co-morbid conditions and under-five children who missed vaccination as per the schedule, along with pregnant women due for their AnteNatal Check-up (ANC).

During the survey, apart from screening of COVID19 cases the Sahiyas carried out multiple tasks such as, counselling for ANC/PNC, home-based new-born care, follow-up on those with chronic diseases. The state government’s decision to act in a timely manner, build upon the capacity of Sahiyas and mobilize them during the pandemic outbreak majorly aided in the control of the virus in the state, at the same time helped secure maternal health.