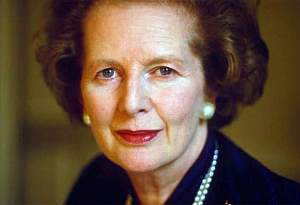 According to a spokesman for the family.she died due to heart attack.

She who was 87 year old had led the Conservatives win three election to make her prime minister of Britain during 1979-1990, the longest continuous period in office by a British prime minister since the early 19th century.