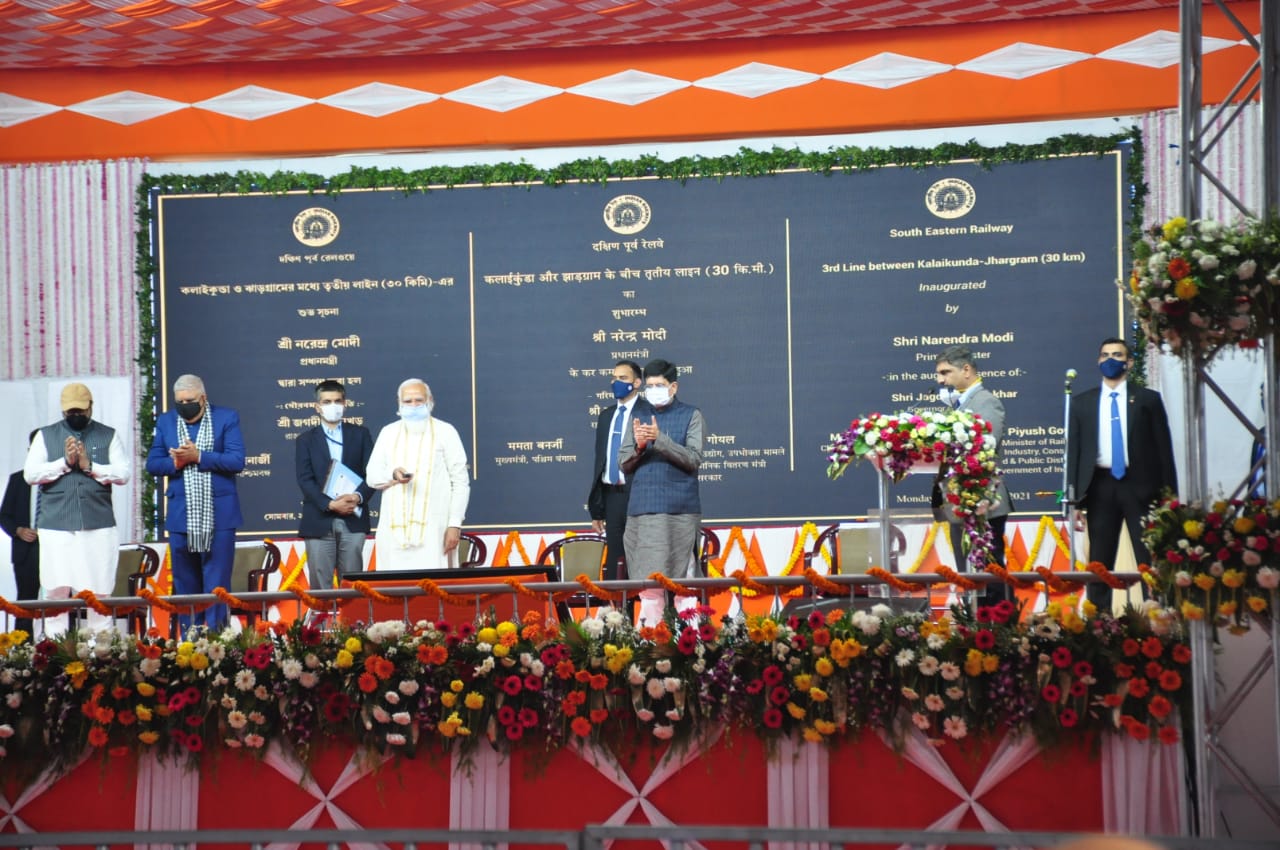 Details of the projects inaugurated/dedicated by Hon’ble Prime Minister are:

Ø 4.1 kms extension from Noapara to Dakshineswar& Flagging off first Metro service in Noapara and Dakshineswar section:

This extended stretch will provide fast, easy, pollution-free travel, bereft of traffic snarls to thousands of commuters in the city and its adjoining areas. Around 50,000 daily commuters coming from Howrah, Hooghly, and North 24 Parganas will be benefited from this extension. Passengers of Howrah-Bardhaman Main line, Chord line, Howrah-Katwa line and Howrah-Tarakeswar branch line of Eastern Railway will be able to avail Metro services by merely crossing the Bally Bridge. Students, professors and foreign scholars of Indian Statistical Institute, Baranagar Campus, RabindraBharati University and Economics Department of Calcutta University will also be benefited. Baranagar and Dakshineswar stations built on this extended stretch, are in close proximity to Eastern Railway’s Baranagar and Dakshineswar stations and Belghoria Expressway, the Gateway to the North 24 Parganas district.

With this extension, lakhs of tourists and devotees will be able to visit the two world famous Kali Temples at Kalighat and Dakshineswar easily by Metro. Commuting from Dakshineswar to KaviSubhash (New Garia) by Metro will take only 62 minutes as compared to 2 ½ hours by road.

The PM  also inaugurated the third line between Kalaikunda and Jhargram (30 km) of the 132 kms long Kharagpur-Adityapur Third Line Project of South Eastern Railway which was sanctioned with an estimated cost of Rs.1,312 crores. This project covers 55 kms in West Bengal and 77 kms in Jharkhand. In the 2021-22 Budget an amount of Rs.225 crores have been allotted for this project.

Commissioning of this 3rd line will help to improve mobility in Kharagpur-Adityapur section and will ensure seamless movement of passenger and freight trains on Howrah-Mumbai Trunk route.

The Prime Minister also dedicated the doubling of Azimganj to Khagraghat Road section which is a part of Howrah – Bandel- Azimganj section of Eastern Railway, at a project cost of Rs. 239.38 crores. This route is extremely important for movement of passengers and freight to North –Eastern states as it acts as an alternate route from Kolkata to New Jalpaiguri and Guwahati and connects important power plants of Sagardighi of West Bengal Power Development Corporation Limited, NTPC Farakka and places of religious and historical importance.

The Prime Minister also dedicated the fourth line between Dankuni and Baruipara (11.28 kms) of Howrah –Bardhaman Chord line and the third line between Rasulpur and Magra(42.42 kms) of Howrah –Bardhaman Main line, which serves as a principal Gateway of Kolkata. Both these projects are super critical projects and will enhance capacity on highly utilized network in the Hooghly district of West Bengal.

Commissioning of the third line between Rasulpur and Magra section, at a cost of Rs. 759 crores will help in running more passenger and goods trains on this saturated section.

Commissioning of the fourth line between Dankuni and Baruipara on the oversaturated Howrah –New Delhi Rajdhani route at a project cost of Rs. 195 crores will also help in running more passenger and goods trains.

These projects of Eastern and South Eastern Railway will ensure better operational fluidity and ensure less journey time and safety of train operations as well as overall economic growth of the region.