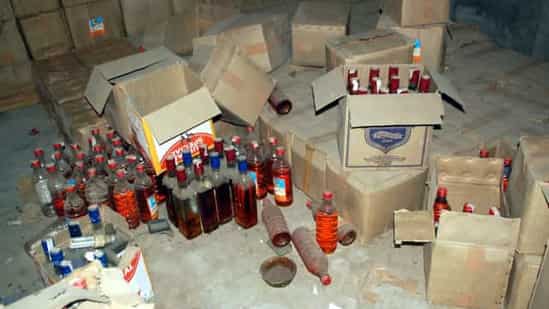 They were natives of Ambala in Hariyana and eked out a living by smuggling and selling liquor in Bihar from Koderma in Jharkhand.

Two persons were arrested by the liquor prohibition department in league with police in the capital of Bihar-Patna.These accused were identified as Surmukh Singh Dariwal and Neeraj Kumar alias Senty.

Investigations revealed that these accused were involved in the inter-state smuggling of liquor from UP,West Bengal and Jharkhand to liquor prohibited state of Bihar for the past almost three years.

Their modus operndi was simple.They procured truck on rent,bought liquor on whole sale rates in UP,West bengal and Jharkhand and sold them in Bihar.The transaction of funds was done through Hawala,it is learnt.

According to an official, the prohibition department has arrested a number of alleged smugglers from Haryana and Punjab in recent times. These accused had revealed the possible locations and identification of Surmukh and Neeraj.

"Several others who were either in custody or evading arrest were from Punjab and Haryana".