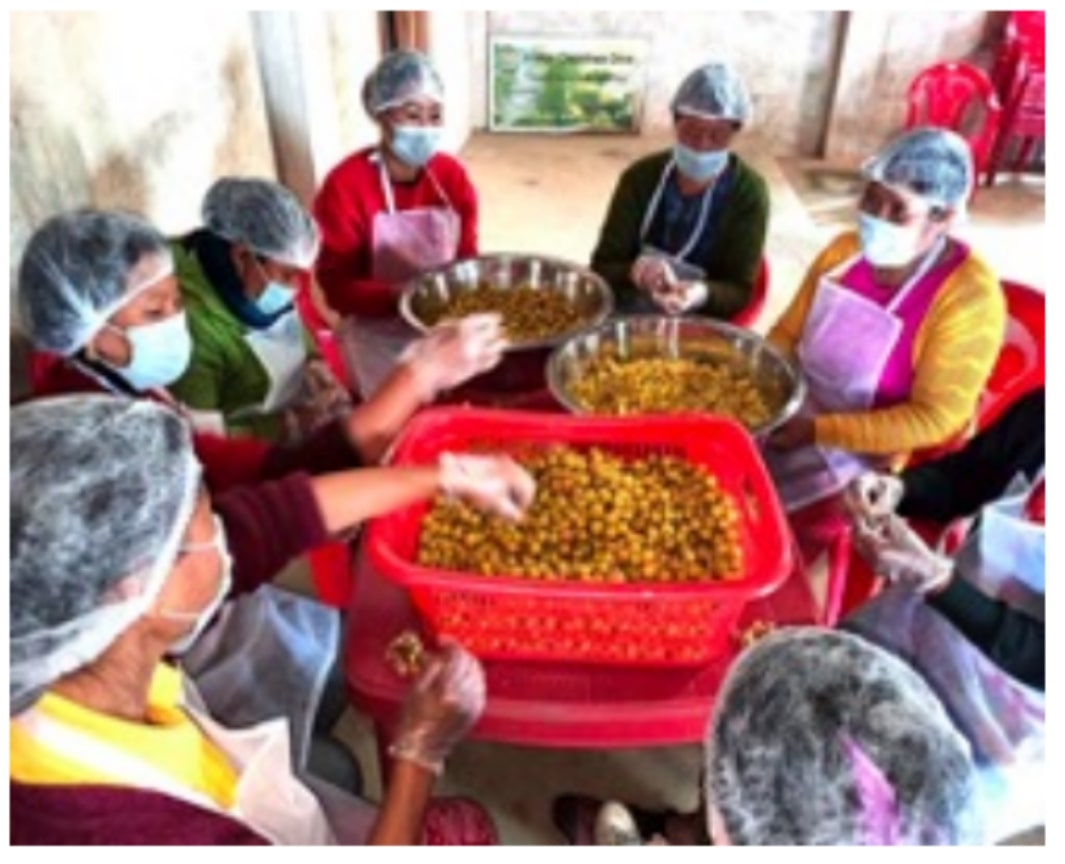 A special focus of the initiatives that TRIFED led by the Union Ministry of Tribal Affairs has been implementing in its mission to integrate the tribal population towards the mainstream is on empowering and upskilling tribal women.

Among the various initiatives that have been geared at improving the lives and livelihoods of tribal women, the Van Dhan Yojana stands out because of the impact it has been able to generate.

The Van Dhan Vikas Kendras/ tribal start-ups is a component of the ‘Mechanism for Marketing of Minor Forest Produce (MFP) through Minimum Support Price (MSP) & Development of Value Chain for MFP’ Scheme that has emerged as a beacon of change and has impacted the tribal ecosystem as never before.

The Van Dhan Yojana further complements MSP beautifully as it has emerged as a source of employment generation for tribal gatherers and forest dwellers and the home-bound tribal artisans. The beauty of the programme is that it ensures the development of the value chain in MFP, along with training of the tribal gatherers, infrastructure support, access to timely credit. Moreover, the proceeds from the sales of these value-added products go to the tribals directly. 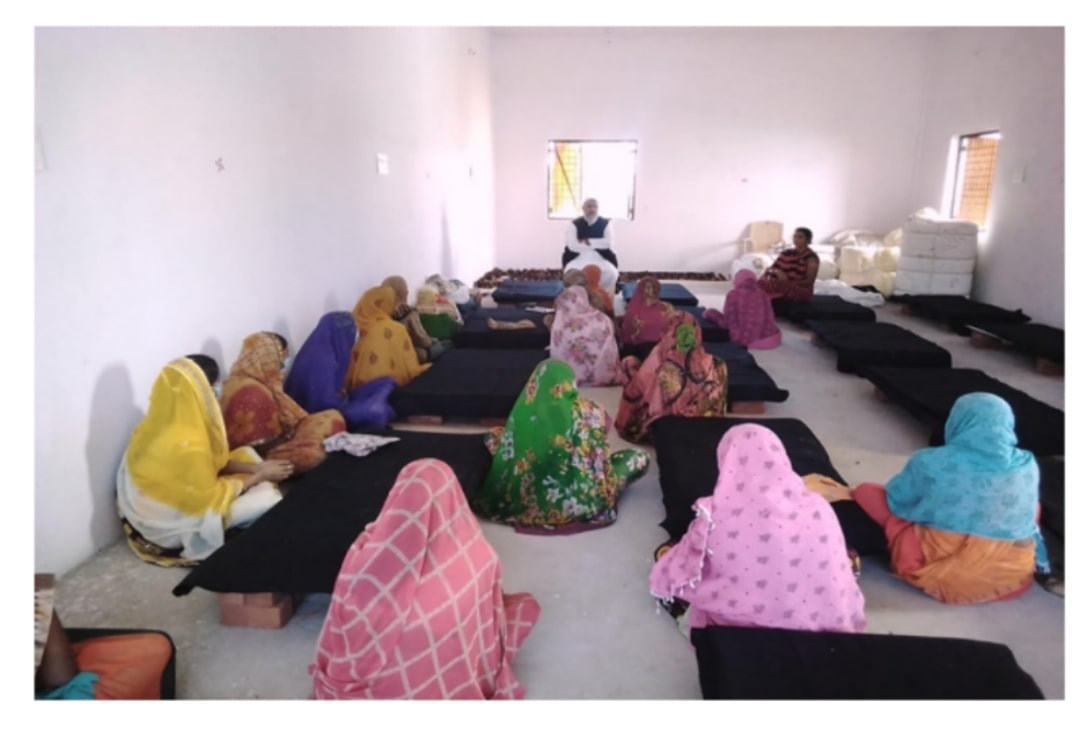 The value-added products also benefit largely from the packaging and marketing that these tribal enterprises provide. More than 1700 tribal enterprises have established across the country providing employment opportunities to approximately 5.26 lakh tribal gatherers under this scheme. What makes this scheme significant is that the majority of these tribal gatherers who are being benefited are women

An example is the champion state of Manipur where these start-ups have bloomed, where more than 25,000 tribal gatherers, mainly women, have been benefited through 77 Van Dhan Vikas Kendras. Following a state-wide approach, first advocacy programmes and cluster workshops were carried out for the mobilization and sensitization of these women gatherers. 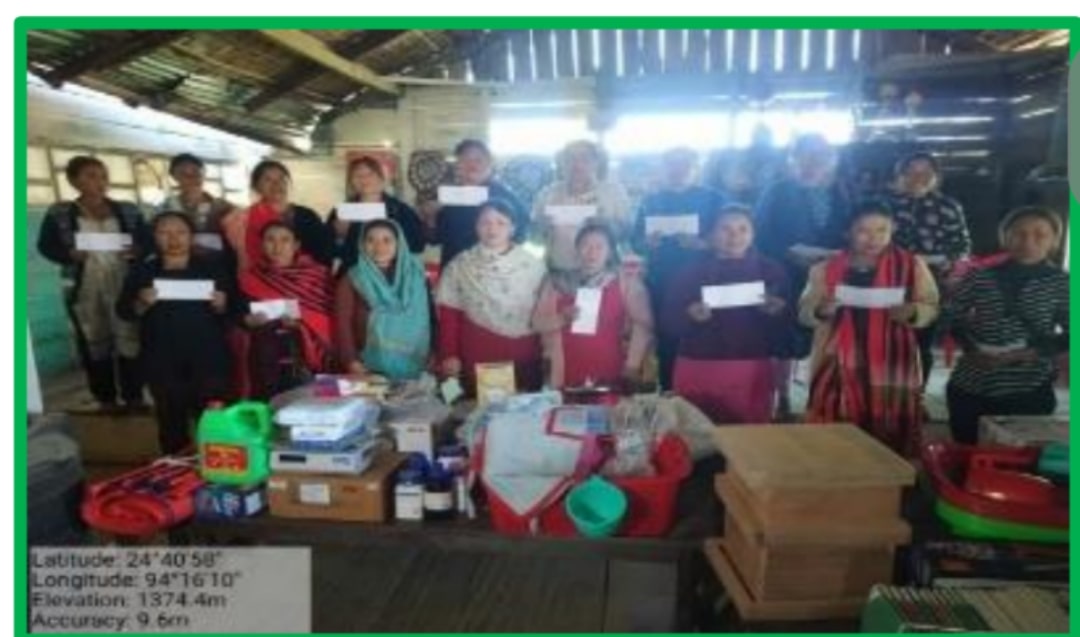 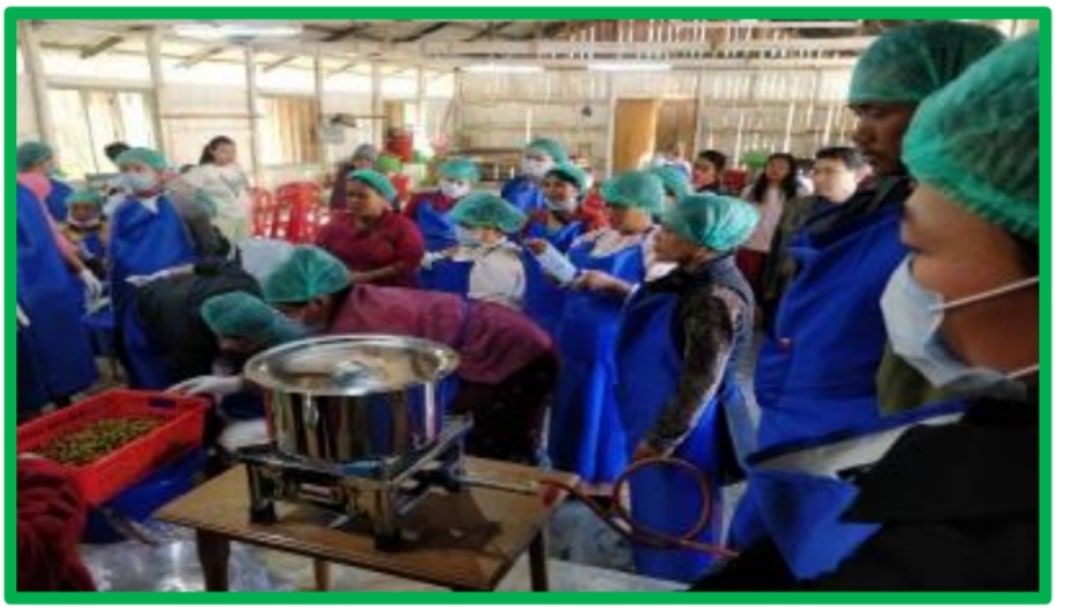 Post which, the tribal gatherers in their respective Van Dhan Vikas Kendras were trained as to how value could be added to the MFP. In the case of Ukhrul VDVK, the women gatherers were trained on how to make amla juice, candy and jams from the collected gooseberries and also on following the required food safety and hygiene standards.

Tool kits and other necessary equipment have also provided and the value addition has started in full earnest. Since September 2019, the Van Dhan Kendras of Manipur has reported sales of MFP products worth more than Rs. 49.1 lakhs since September 2019!

The exemplary food safety and hygiene standards adopted by these 77 centres that have been established, the superb attractive packaging of the processed products such as Amla juice, tamarind amla candy and plum jams, and the innovative branding and marketing of these products have stood out. A mobile van service has also been started in one of the districts to ensure the selling of these products! And it is remarkable to note that tribal gatherers impacted the most have been women. 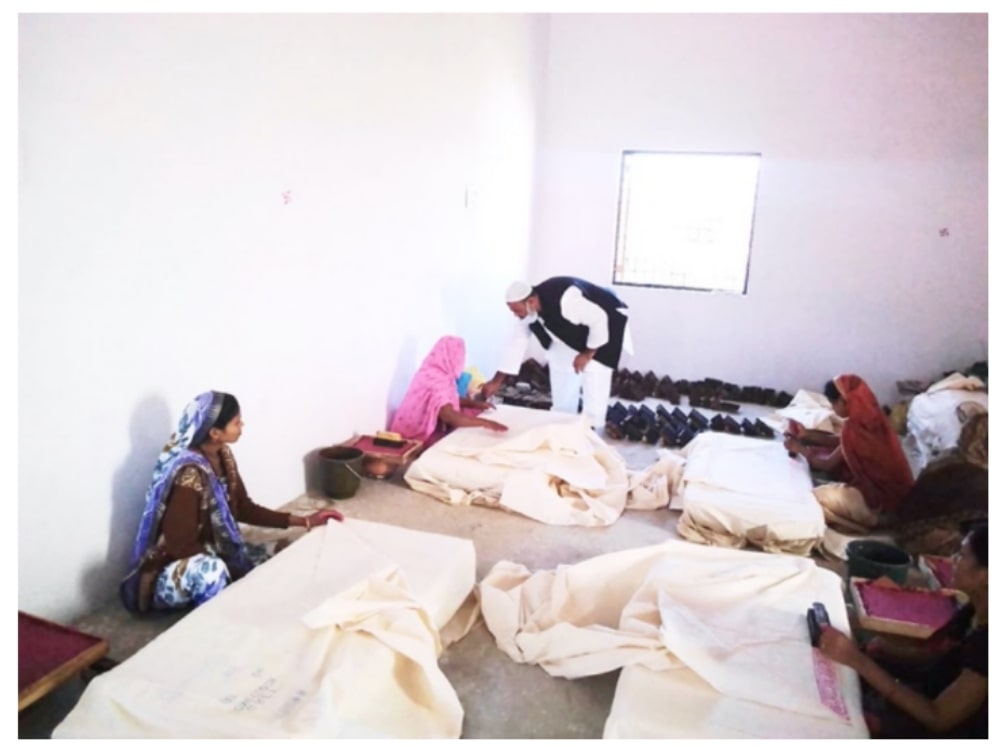 Another major ongoing initiative of TRIFED to train and improve the livelihoods of tribals, and women, in particular, is the work being done in Barwani, Madhya Pradesh, where the second batch of Bagh print training started in December 2020. The training for Maheshwari and Chanderi textile traditions are to commence shortly.

In the Barwani project, which is being implemented by TRIFED through the district administration, and funded by Bharat Petroleum under its CSR quota, more than 200 tribal women beneficiaries have been identified. These local tribals will be imparted training in Bagh, Maheshwari and Chanderi textile traditions so that they learn newer skills and use them to enhance their livelihoods. A total of 1.88 crores has been allotted to train almost 1000 tribal women in Bagh print, Chanderi and Maheshwar styles over a period of 1 year. 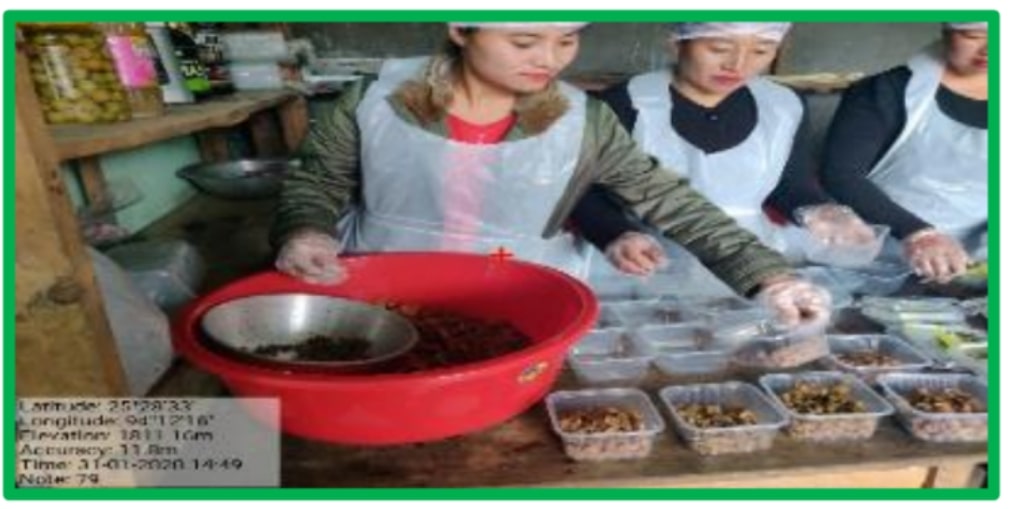 The second batch of the tribal beneficiaries in Bagh printing is being trained by Padmashri Yusuf Khatri of the Bagh family, a pioneer in Bagh printing. The Khatri family are pioneers in this craft tradition and have been undertaking it for generations. Shri Khatri had been requested earlier to impart the training in Bagh print for both batches.

The first batch of training for a select number of tribal beneficiaries had been started in Rehgun village in February 2020, however, it was halted due to the lockdown. It recommenced in July 2020. The second batch of Bagh print training commenced in December 2020. The Master trainers for the Maheshwari and Chanderi traditions have been selected.

Moreover, to bring more exposure to the tribal women artisans across the country and to bring their skill sets and products to international standards, TRIFED is also collaborating with renowned designers such as Ruma Devi and Rina Dhaka to train them. 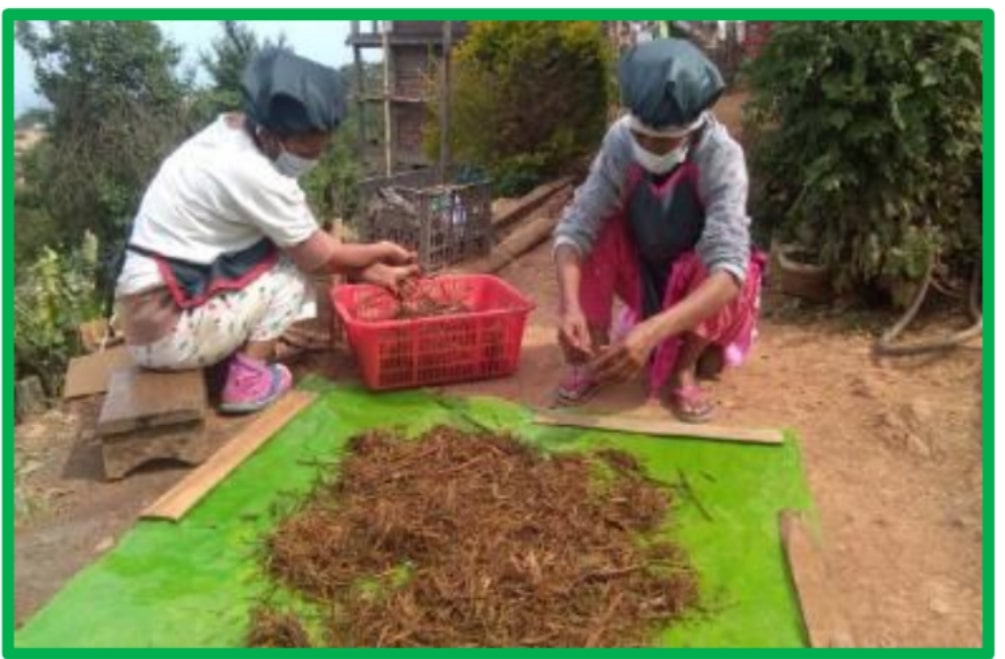 The handicrafts and products made by these clusters of artisans who will hone their skills by learning from the master craftsmen will be purchased by TRIFED and showcased and marketed at all Tribes India outlets across their country. They will also be on sale on Tribes India’s e-market platform, where the artisans can themselves upload and sell their products. Mary Kom, the renowned Indian boxer and politician has been associated with Tribes India as its brand ambassador and has been promoting tribal products and schemes.

Team Trifed wishes everyone on the occasion of International Women’s Day 2021.