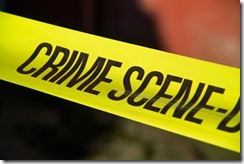 T000he incident took place in Bokaro where Kumar was a school teacher.

On Monday evening at around 5.30 pm,Kumar was moving by his Hero Honda mo bike.Reports said,three mo bike borne assailants chased him while he was returning home and shot him dead.

Though the motive of the crime and the identity of the assailants were not known,Kumar was shot at while he was riding the bike.

”After getting shot,he stopped the bike,left it and ran for safety.One of the assailants also got down from his bike,chased him from behind.When Kumar sought to hide himself in a nearby house,he was shot at again on his head”,said an eye witness account.

The body of Kumar was handed over to his family after the post mortem was conducted today.No arrest was made in this connection yet.