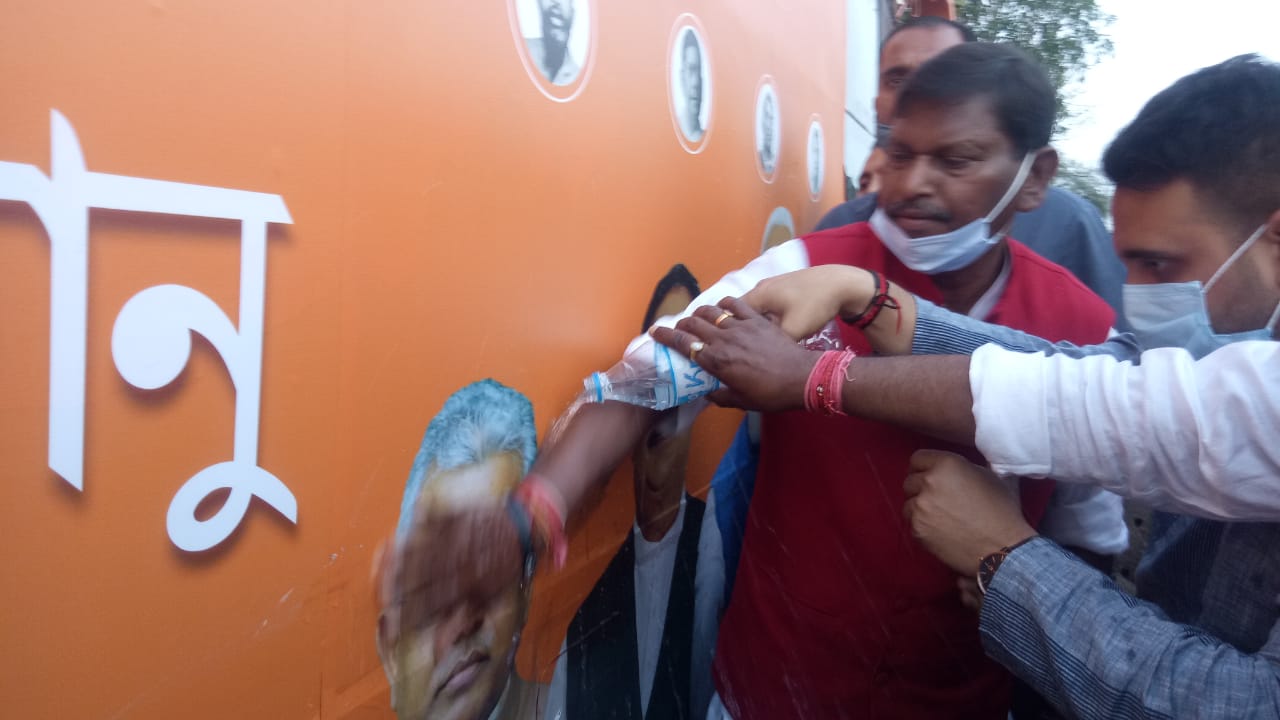 Munda who is BJP leader suffered injury in his hand and the Rath in the form of a bus carrying posters of Prime Minister Narendra Modi was damaged. “ The front glass of the Rath was damaged”, said a BJP leader showing the picture.

Though the West Bengal state unit BJP has alleged that the police did not prevent the incident. No arrest was reported till evening at 6.30 pm on Tuesday.