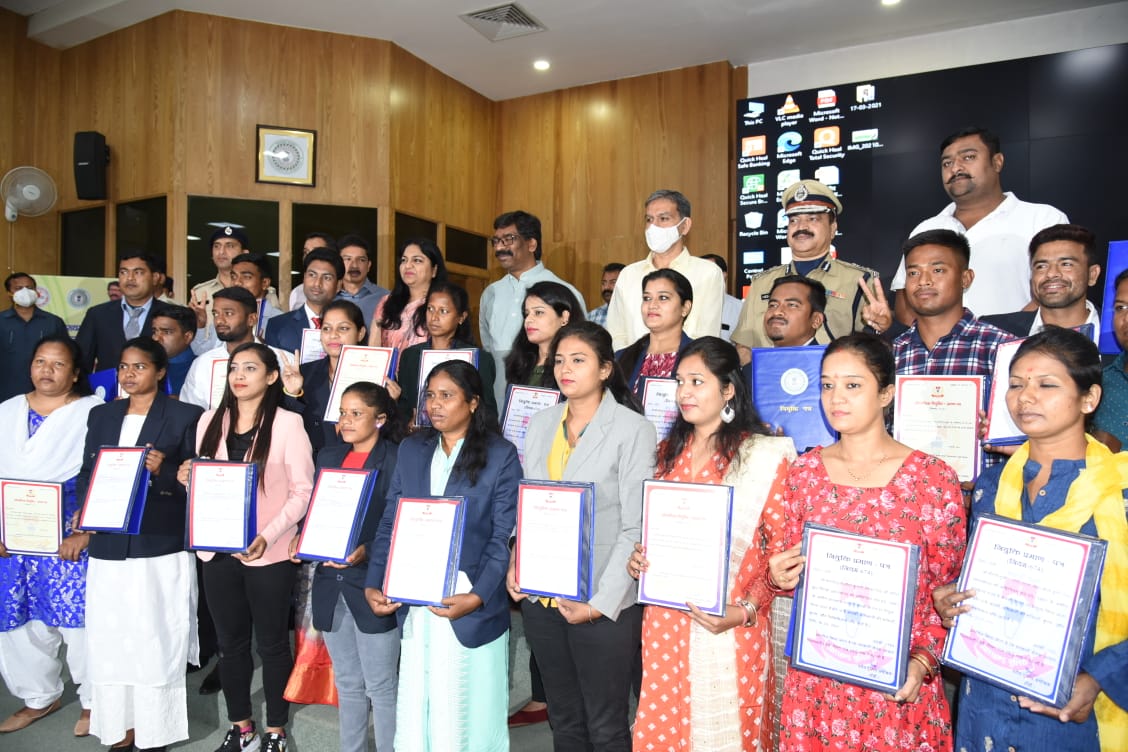 These sportsmen/women were selected by the sports department based on their records and medals earned across different competitive events at the national and international level.

*40 Sportsman/Woman has been selected for direct Appointment*

The sports department had selected 40 such players from a range of different recognized sports segment. Out of these 40, 01 players was given an appointment letter on the day of completion of 1 year of the government on 29th December 2020. 03 players have been selected for group B Jobs under the direct appointment scheme.

The remaining 36 players have been given direct appointment into the Home Department of Jharkhand as constables. 27 Players(10 Male & 17 Female candidates) were given a direct appointment letter on Wednesday by Chief Minister Shri Hemant Soren.

*“Instead of the fact that our players have been performing well across different sports at national and international level but they have long been discarded by the government. Since the day our government came into office, we were committed to change this scenario. We have a long way to go in the field of Sports.”*

*“Currently Simdega is hosting women sub-junior hockey tournament where players from 22 states are taking part. This is a positive sign for us. Soon, we will host the national and international level of events in the state. My government is committed and working hard to transform the sports infrastructure and facilities for the players in the state. Jharkhand is not just full of minerals and rich products underground but we have the potential of becoming a champion in the field of sports. We will change the current scenario and polish our talented players to become champions, Said Chief Minister Hemant Soren after handing over the appointment letters to the selected players.”*

An appointment letter was handed over to the following players-