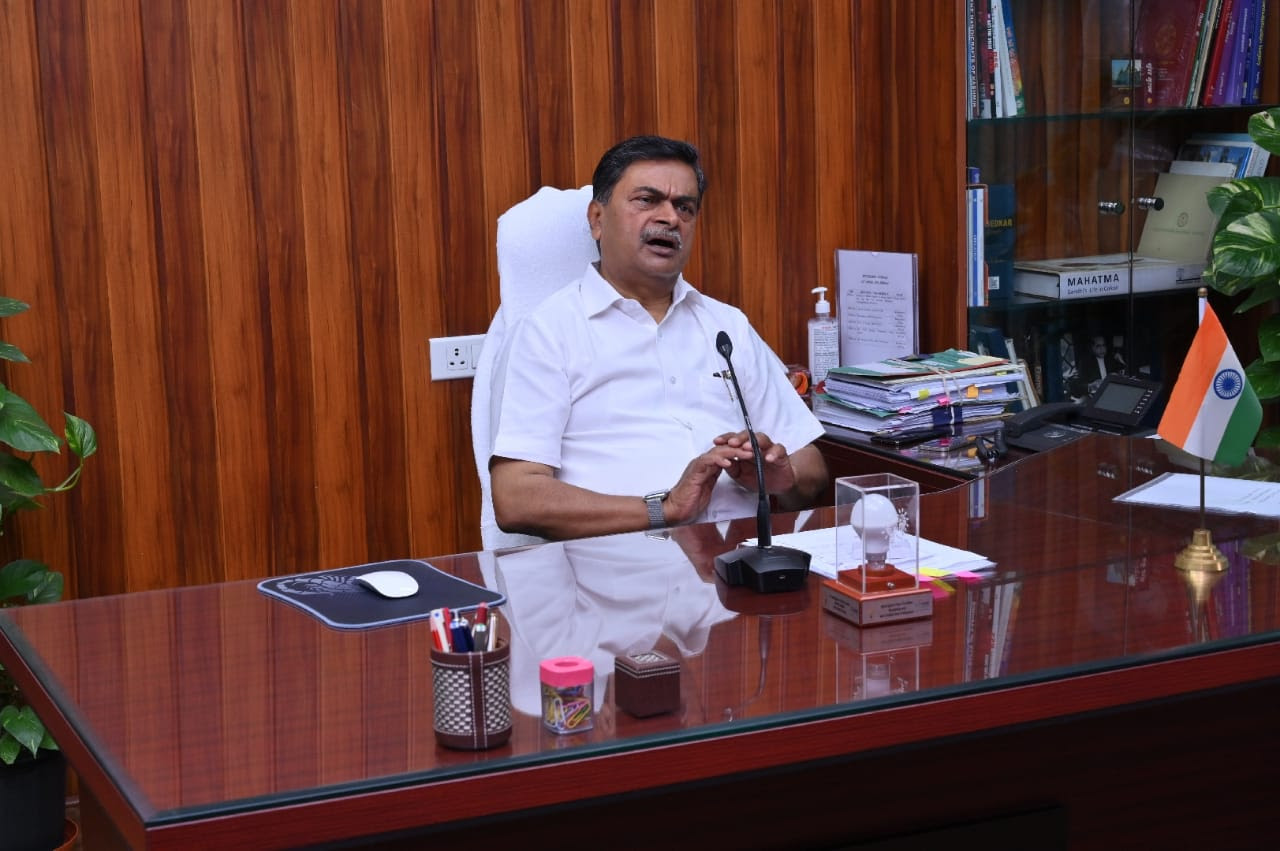 While speaking at the event the Power Minister said that our rural population was still unable to afford discounted LEDs. This is why we have now created GRAM UJALA – a customized program for rural India, based uniquely and innovatively on carbon finance. LEDs will be available for only Rs 10 each for each household, in exchange for working condition old incandescent lamps. Each household will get up to 5 LEDs.

Power Minister further stated that the GRAM UJALA programme will have a significant impact on India’s climate change action. If all 300 million lights in India were replaced, the total energy savings would be 40,743 million kWh/year, avoided peak demand of 22,743MW/year and CO2 reductions of 37 million tons per year.

Mr. Alok Kumar, Secretary, Ministry of Power said that  this is a very important initiative based on an innovative model utilising Carbon Credits. Gram Ujala will not only give a fillip to our fight against climate change by increasing energy efficiency, but also usher in a better standard of life, financial savings, and better safety for the citizens in rural areas.

Under the programme, 7 watt and 12-Watt LED bulbs with 3 years warranty will be given to rural consumers against submission of working Incandescent bulbs. The Gram Ujalaprogramme will be implemented in villages of the 5 districts only and consumers can exchange a maximum of 5 LED bulbs. These rural households will also have metres installed in their houses to account for usage.

Further on, carbon credit documentation will be sent to UN accredited validators for inclusion into the Shine Program of activities. Carbon credits will be prepared under the Shine Program of Activities with an option for verifying under the Voluntary Carbon Standard, depending on the needs of buyers. Carbon Credit Buyers will also be sought through an open process based on initial discussions with the market. The balance cost and margin on the LED cost will be recouped through the carbon credits earned.

With price being one of the principal barriers, the GRAM UJALA programme has been designed to support widespread distribution by removing the chief barrier for rural consumers. In addition, the energy savings garnered will reduce household’s energy outlay, enabling higher disposable income and savings.

The programme will provide clean energy access and make a significant contribution towards mitigating climate change and achieving a sustainable future .Under  the GRAM UJALA programme, CESL will distribute high quality LED bulbs, at an affordable cost of 10 rupees per bulb in rural areas. Convergence  Energy Services Limited (CESL), is a wholly owned subsidiary of Energy Efficiency Services Limited (EESL), a PSU under Ministry of Power. In the first phase of this programme, 15 million (1.5 crore) LED bulbs will be distributed across villages of Aarah (Bihar), Varanasi (Uttar Pradesh), Vijaywada (Andhra Pradesh), Nagpur (Maharashtra), and village in western Gujarat. Gram Ujalaprogramme will be financed entirely through carbon credits and will be the first such programme in India.

The GRAM UJALA programme will have a significant impact on India’s climate change action energy savings of 2025 million KWh/year and CO2 reductions of 1.65 million T CO2/year. The programme will enable better illumination, at an affordable price of INR 10/bulb. This will usher in a better standard of life, financial savings, more economic activity, better safety for rural citizens and help in achieving a sustainable future.