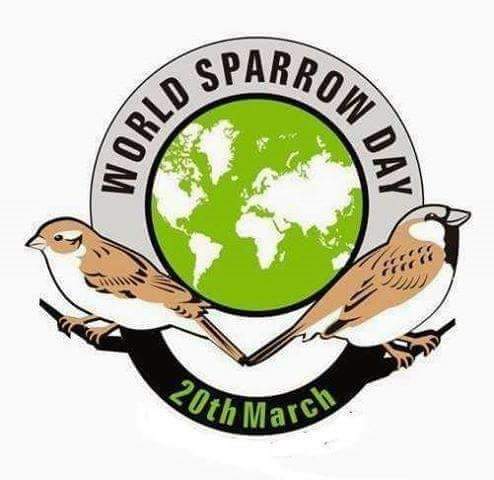 As the World Sparrow Day is being celebrated across the globe on March 20, efforts were made to spot these vanishing birds in Jharkhand.

Though three photographers  moved on their bikes from four corners -Dhruva , Kanke, Namkom and Doranda and reached the centre  at Albert Ekka Chowk  in Ranchi, not one sparrow was seen any where.”Sparrow have become extinct in urban areas”, said in common these four photographers of www. JharkhandStateNews.com.

However, in rural areas of Tamar, Bundu and Ratu, sparrows were seen chirping in trees and houses of rural residents.” We offer  rice and water to these birds on Angan of our huts every day “, said two villagers.

None of them were aware of the World Sparrow Day. However,it is a day to raise awareness and protect the common house sparrows, which are not so commonly seen now due to increasing noise and mobile towers emitting pollution.

In fact,World Sparrow Day is an international initiative by the Nature Forever Society of India in collaboration with the Eco-Sys Action Foundation (France) and numerous other national and international organisations across the world.

The Nature Forever Society was started by Mohammed Dilawar, an Indian conservationist who started his work helping the house sparrow in Nashik, and who was named one of the “Heroes of the Environment” for 2008 by Time for his efforts.

The idea of marking World Sparrow Day came up during an informal discussion at the Nature Forever Society’s office. The first World Sparrow Day was celebrated in 2010 in different parts of the world. The day was celebrated by carrying out different various kinds of activities and events like art competitions, awareness campaigns, and sparrow processions as well as interactions with the media.