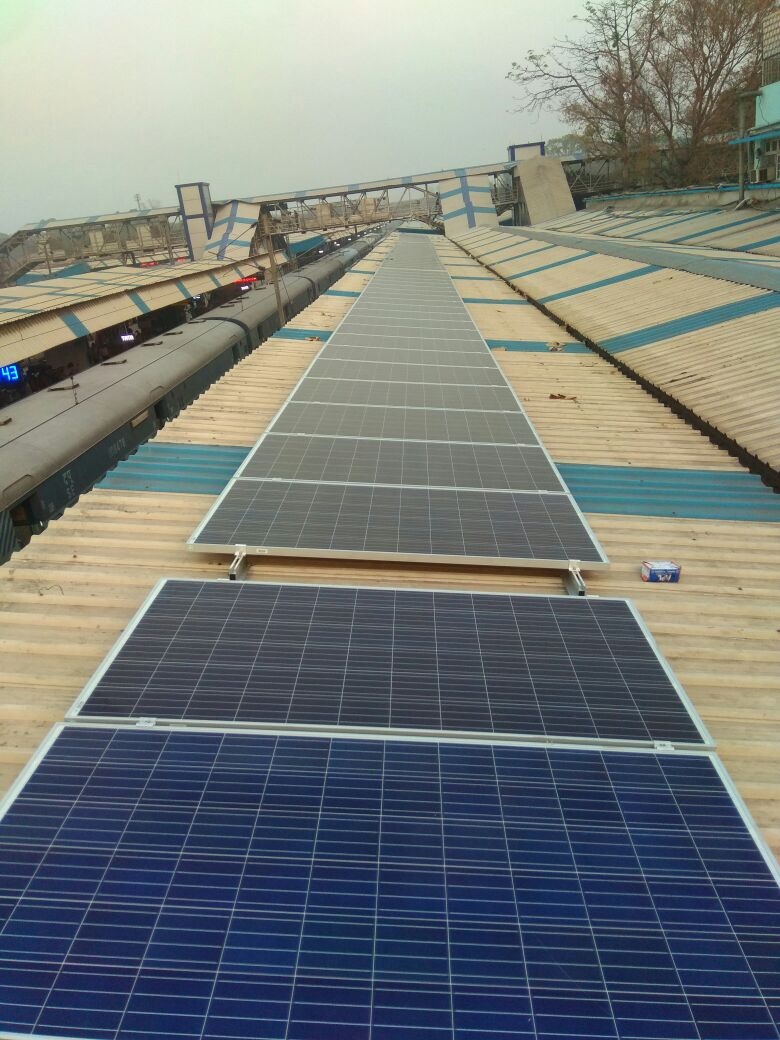 In the first phase, Solar powered lights are being used in administrative offices, stations & level crossing gates and gradually this will be installed in Railway Quarters also.

Till now in SER, altogether 2.306 MWp Solar Plant has been installed on the roof top of Headquarters, Garden Reach and four Divisions viz. Kharagpur, Adra, Chakradharpur and Ranchi. Work is also under process for installation of another 18.94 MWp capacity roof top solar plant in SER jurisdiction.

Further, 499 acre of vacant land along railway track as well as railway settlements in SER jurisdiction has been identified for installation of 201.85 MWp capacity solar plant.

As a result of use of Solar Power, SER will be in a position to save a good amount for Govt. exchequer as well as contribute for a social cause.