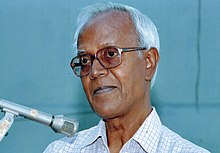 The special NIA court had refused bail to 83-year-old activist Stan Swamy in the Elgar Parishad-Maoists links case. In its order, the court has held that based on material on record that Stan Swamy had schemed a "serious conspiracy" with members of a banned Maoist organisation to create unrest in the country and to overthrow the government.

Special judge DE Kothalikar, who rejected Stan Swamy's bail plea on Monday, said in his order. The order made available on Tuesday is based on the material on record and the court opined that “it seemed Stan Swamy was a member of banned Maoist organisation.”

The records that the court referred to were connected with  around "140 e-mails between the Stan Swamy and his co-accused”.

The fact that Stan Swamy and others he communicated with, were referred to as "comrades", and that Stan Swamy had received ₹ eight lakh from one "Comrade Mohan", allegedly for the furtherance of Maoist activities.

From court’s order it can be gathered that Swamy along with other members of the banned organisation had hatched a serious conspiracy to create unrest in the entire country and to overpower the Government, politically and by using muscle power," Judge Kothalikar states  in his order.

The court order further states this."The material placed on record thus prima facie denote that the applicant was not only the member of banned organisation CPI (Maoist) but he was carrying out activities further in the objective of the organisation which is nothing but to overthrow the democracy of the nation.”