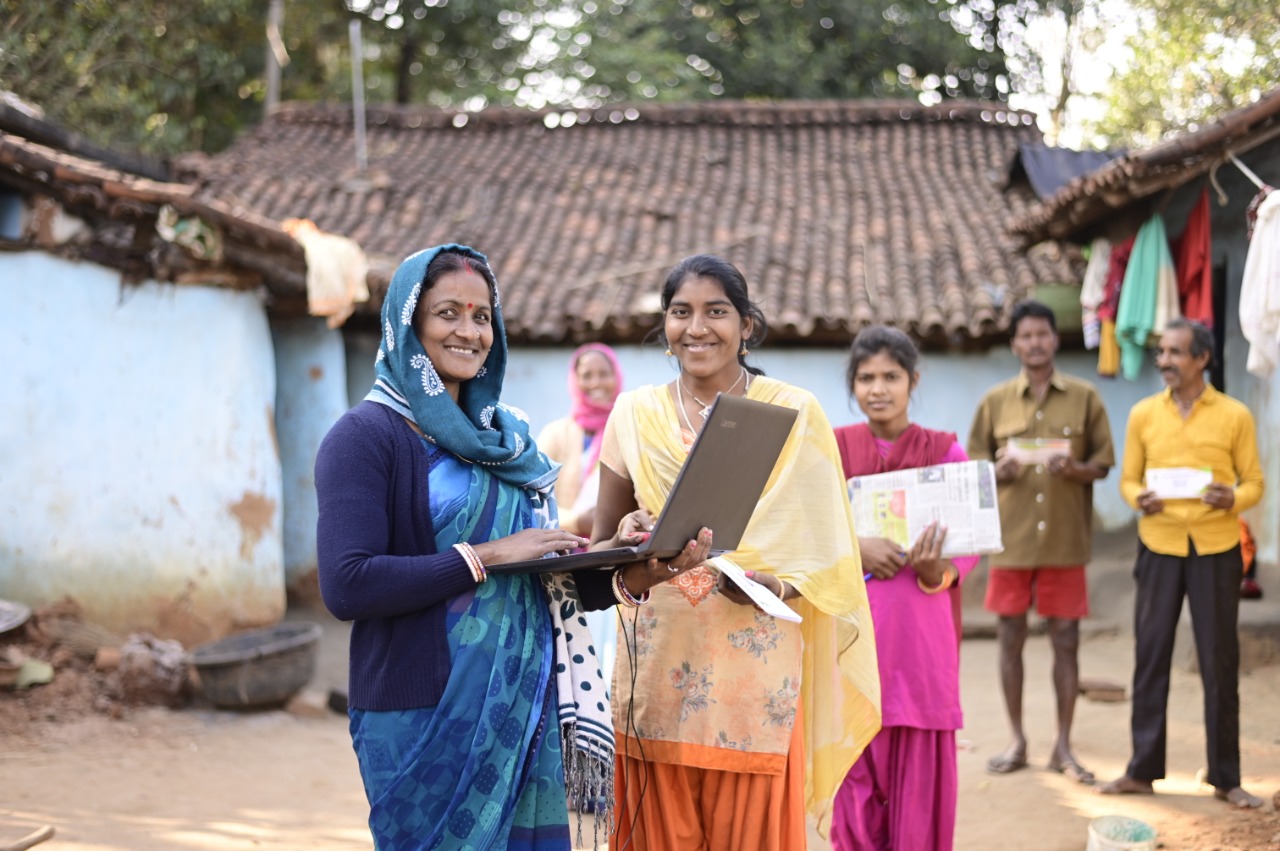 ivyang Prafullit Kandula resides in Jaipur village of Rania block in Khunti. By the end of every month, she is now getting the pension provided by the government, sitting at home.

Even Sunday as the last day of the month doesn’t cause a delay in her pension. Earlier, To get the pension, she had to visit the bank once every four to five months, She would spend her money to reach the bank with a lot of struggle.

How did this positive change happen? How are they receiving pension benefits while sitting at home?

This positive change happened because of the state government-appointed banking Sakhi Correspondent. Profound Kandulna said, “Bank Sakhi Gayatri came to my life as an angel. Now I can get pension money from Gayatri while sitting at home. Around 3300 Sakhi Mandal sisters like Gayatri are providing doorstep banking facilities in their respective villages-panchayats as banking Sakhi Correspondents.

The drive to bring banking facilities to every household in the rural areas of the state is now yielding results. The sisters of Sakhi Mandal in the state have been selected and trained as Banking Correspondent Sakhi (BC Sakhi) and have been entrusted with the responsibility of making banking facilities accessible in their village-panchayat, the benefit of this initiative is now visible.

Banking Correspondent Sakhi has been posted in rural areas of the state by the Jharkhand State Livelihood Promotion Society under the Rural Development Department in partnership with various banks.

This initiative, on one hand, has solved a major problem in remote rural areas, where people had to face a lot of trouble due to the unavailability of banking facility. On the other hand, in the form of banking correspondent Sakhi, the sisters of Sakhi Mandal have got a new employment opportunity, by which they are easily earning a monthly income of 6 to 12 thousand Rupees.

Soni Devi of Ormanjhi Block, Ranchi is an active member of Sakhi Mandal and has been roaming around the village to village as BC Sakhi for nearly two years and providing banking services. Recently, Soni Devi has also opened its banking service centre given the increasing number of customers.

Today, She connects 40 to 50 people with banking facilities daily. Very enthusiastic to serve people of her region, Soni says that I do a transaction of about Rs 25 lakh every month as a BC Sakhi. I earn about Rs 8,000 per month as a Bank Correspondent Sakhi. On the other hand, I am satisfied that I provide a pension to the elderly at their home.

I get their blessings as a bonus. In BC Sakhi village, along with other banking facilities, services like old age and disability pension are also being provided door-to-door.

Bipati Devi, 80, from Gagarin village in Ormanjhi, says, "I am no longer able to walk, but due to BC Sakshi, banking services are easily available. She also helps me get my old age pension at home. I thank the government, if it were to go to the bank for withdrawal, it would have been difficult to get the benefit of pension also.

*Transaction of One billion*

MGNREGA labour wage, pension, bank account opening, scholarships, payment of government schemes and other facilities are now available in the village itself.

Banking facilities are available to about 2.5 lakh people residing in extremely rural areas of the state every month through Banking Correspondent Didis and about 90 to 100 crores of transactions are being ensured.

Through their laptops and POS machines, Banking Correspondent is covering people with every facility available in the bank. Under the National Rural Livelihood Mission, the Didis of Sakhi Mandal are being trained and self-employed as BC Sakhi. The vision of the government to ensure upliftment and empowerment of the rural economy is now yielding results.