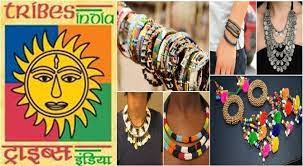 For the first time, the rare and untouched tribals of Andaman and Nicobar Islands will be able to reap the benefits of the Van Dhan Yojana schemes.

These schemes have emerged as a panacea for the tribal population across the country.TRIFED and the Andaman & Nicobar Islands Administration have entered into a  Memorandum of Understanding (MoU) on March 22, 2021 for the overall socio-economic development of the tribes on the island, through the implementation of the MSP for MFP and the Van Dhan Yojana schemes.

The Tribal Development Cooperative Society (TDCS), Andaman and Nicobar Administration will play the role of the State nodal and implementation agency for execution of this scheme.

Under this agreement, 5 Van Dhan Vikas Kendras are planned to be set-up in the state this year. Along with the team from the Tribal Development Cooperative Society, TRIFED regional officials will soon start visiting the villages and districts to oversee the implementation of the scheme.

Home to the Sentinelese tribes, one of the few remaining uncontacted tribes in the world, Andaman and Nicobar Islands are a group of five hundred and odd islands lying at the juncture of the Bay of Bengal and the Arabian Sea.

They are mainly inhabited by the people of the lesser-known tribes such as Jarawa, Onge, Great Andamanese, Nicobarese, Shompen, other than the reclusive Sentinelese. Sparsely populated, according to the 2011 census, the tribals, especially the Jarawa and Sentinelese have been refusing attempts to contact and connections.

As the islands are richly endowed in natural and forest resources, the tribals, untouched by modern civilization, still earn their living through agriculture and small scale, village units dealing with handicrafts.

This partnership and the subsequent implementation of tribal betterment schemes will ensure in improving the livelihood of the tribals. As a part of its mission to improve the livelihoods of the tribals (both forest dwellers and artisans) and work towards tribal empowerment, TRIFED has been carrying out several programmes and initiatives.

Conceptualised and implemented by TRIFED in association with State Government Agencies across 21 states of the country, the ‘Mechanism for Marketing of Minor Forest Produce (MFP) through Minimum Support Price (MSP) & Development of Value Chain for MFP’ is a flagship scheme of the Ministry of Tribal Affairs, drawing its strength from The Forest Rights Act of 2005, it aims to provide remunerative and fair prices to tribal gatherers of forest produces trebling their incomes.

The Van Dhan Yojana (VDY), a programme for value addition, branding & marketing of MFPs by establishing Van Dhan Kendras to facilitate creation of sustainable livelihoods for the forest-based tribes is a component of the same scheme. The MSP for MFP scheme has been a source of great relief for tribal gatherers during the pandemic and has injected more than Rs 3000 crores directly in the tribal economy.

The Van Dhan tribal start-ups further complements MSP beautifully as it has emerged as a source of employment generation for tribal gatherers and forest dwellers and the home-bound tribal artisans.

Together, these two initiatives offer a comprehensive development package for tribals promoting employment and incomes and entrepreneurship.

The beauty of these schemes are that they offer opportunities for bettering lives, while retaining their culture and doing what they know how to do best.

Moreover, the tribal artisans and forest dwellers of the islands will have access to larger markets through the Tribes India network – both the physical outlets and Tribesindia.com.

In line with its mission to empower tribals through marketing and development to tribal produce and products, TRIFED has been expanding its diverse and attractive range of products on sale in the Tribes India network. The Tribes India catalogue will also start including tribal products from Andaman and Nicobar islands – both natural produce and handicrafts and handlooms reflecting the tribal ways of life.

As TRIFED continues to work towards generating income and livelihoods for tribal people through such flagship schemes like the MSP for MFP and the Van Dhan Yojana, this MoU offers an opportunity to enhance the livelihoods of tribal people in previously uncharted territories.